PM Manmohan Singh ruled out a third term for himself after the 2014 elections, while speaking at the National Media Centre, New Delhi. He is the third longest serving Prime Minister in the country after Mrs.Indira Gandhi and Shri Jawaharlal Nehru. IndiaSpend decided to do a quick analysis of the Prime Ministers in India and their tenure. Interestingly, PM Manmohan Singh has spent 84,312 hours in office. View Chart below to see the time spent by all the Indian PMs. 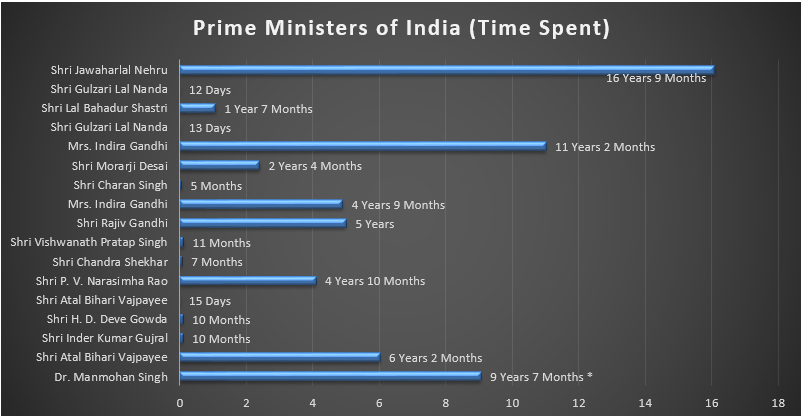