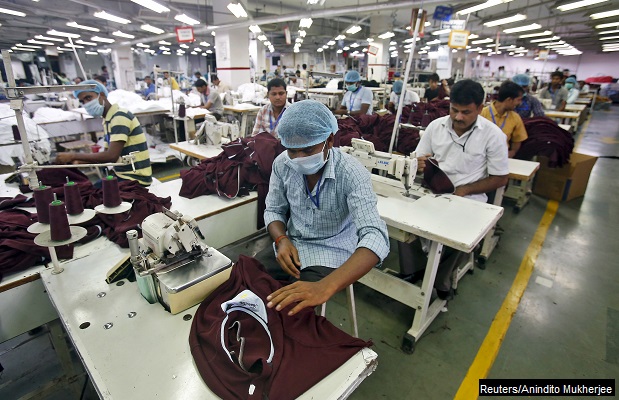 As Textiles Minister Smriti Irani settles in to her new job overseeing an industry that is India's largest source of formal jobs, the government's hope that it will continue to be an employment engine is under growing threat, as job-growth plateaus and exports wilt against Vietnamese and Bangladeshi competition.

The textile and apparels industry employs 105 million people directly and indirectly and is thought to have the potential to create 50 million more jobs by 2025, holding the key to growing unrest over India's inability to create the million jobs it needs every month.

But a rising skills gap, falling exports, low productivity, rising debt and low foreign investment is jeopardising the target set for the textile and apparels sector: additional $30 billion in exports and 10 million additional jobs over the next three years.

Instead, textiles and apparels employment fell -0.11% in April-June 2015, rose 0.18% in July-September 2015 and 0.23% in October-December 2015, according to Labour Bureau estimates; and exports of cotton commodities, which account for 24% of textile & apparel exports, declined 34% in the last three years, according to data from United Nations Commodity Trade Statistics Database (UN Comtrade).

While exports of some commodities, such as knitted/crocheted and non-knitted/crocheted apparel and clothing, grew 12% and 7%, respectively, textile & apparel exports from India declined more than 7% between 2013-14 and 2015-16. 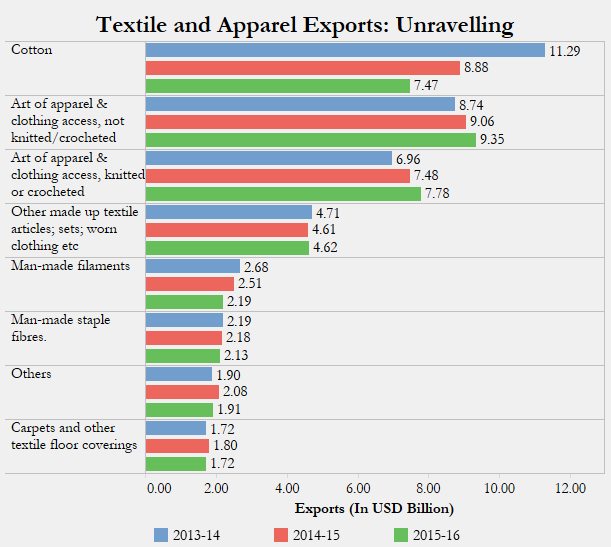 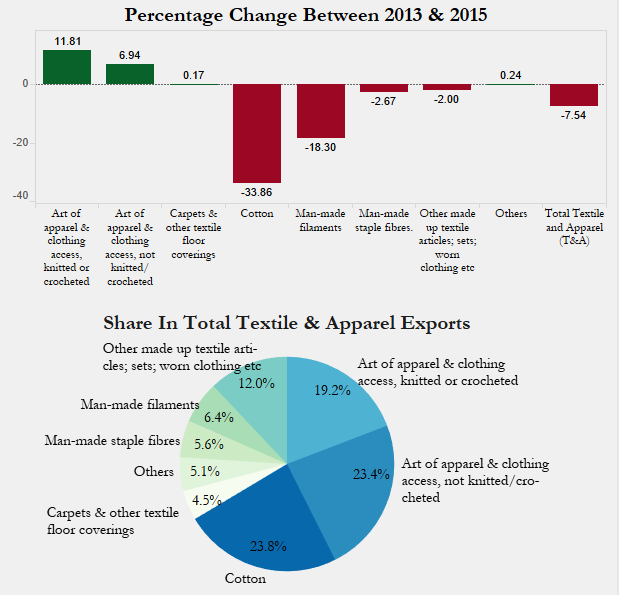 Why the textile industry is key to India's job aspirations

The textiles sector has been instrumental in creating mass employment, particularly for women, and has lifted millions out of poverty as they moved out of farm jobs in many countries, including Bangladesh, Indonesia, Mauritius, Cambodia and Pakistan.

Textiles were the largest creator of Indian formal-sector jobs, with 499,000 added over the last three years, IndiaSpend reported in July 2016.

There is strong international evidence that exports help create additional jobs and push up wage and income growth.

With fears that India is experiencing jobless growth and skepticism abounding, the country’s ability to cash in on its “demographic bonus”, the world’s largest working-age population—869 million by 2020—is in doubt, IndiaSpend reported in May 2016.

But in the 15 years between 1997 and 2012, employment in the organised sector shrank, wrote Mint columnist Manas Chakravarty, who called this "the biggest failure of economic liberalisation".

Over 22 years of unprecedented economic growth (1991 to 2013), less than half the Indians who sought jobs, 140 million of 300 million, got them, according to this United Nations Development Programme report. India will need to generate 280 million jobs between now and 2050, the year when the working-age population (15 to 64) will peak, the report said.

The rate of employment in the sector, as we said, is dropping. A driving reason is that cotton, which commands the highest share (24%) of textiles and apparels exports, witnessed a 11% decline in production over the last two financial years. 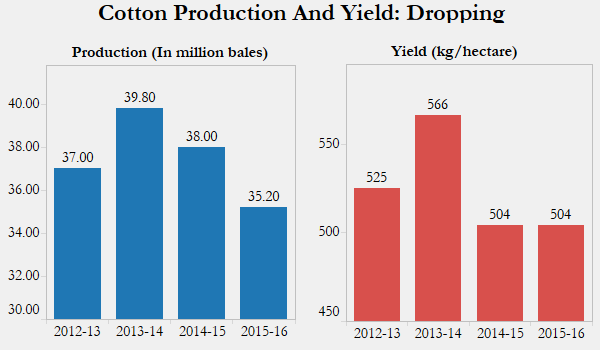 Crop damages in Punjab and Haryana and low rainfall in Gujarat and Maharashtra may be the reason for the lowest annual cotton output in five years, according to this report in the Business Standard.

This will potentially increase prices, making Indian textile products uncompetitive, at a time when India’s exports are facing competition from Bangladesh, Vietnam and China.

While India still exports more than Vietnam and Bangladesh in absolute terms, but over the last three Vietnam's exports grew 34.92% and Bangladesh's 13.52%, as India’s exports declined 7%. 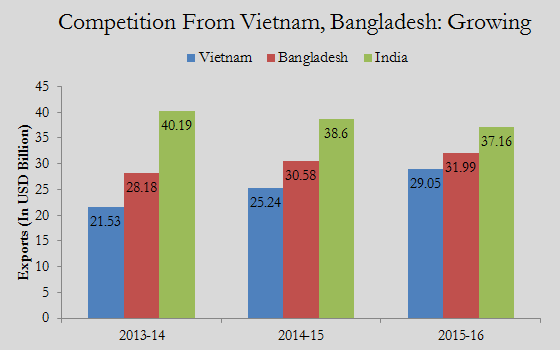 Vietnam is a part of the Trans-Pacific Partnership, a trade bloc, and so enjoys preferential access tothe US, the world’s largest importing country with 19% share of global textile and clothing imports. India is not a member of the TPP, meaning it does not get preferential or duty-free access to important markets.

Lots of schemes, but productivity and skills falter

There is much for Irani to do, such as evaluate, bolster or scrap multiple government schemes that do not appear to have boosted low productivity and skills evident in India's textile industry. Some of these programmes include the Technology Upgradation Fund Scheme and Integrated Skill Development Scheme.

Foreign direct investment (FDI), a driver of productivity, modernisation and skill development, in textiles more than doubled in 2013-14 over the preceding year, but investments growth stagnated in 2014-15. That year, no more than 0.64% of FDI into India went to textiles. 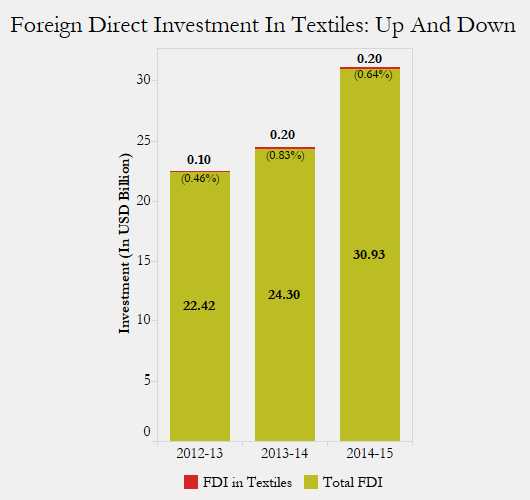 (Bhunia is a development consultant)