Over 7 Years, 2 Civilians Died A Week In Police Firing 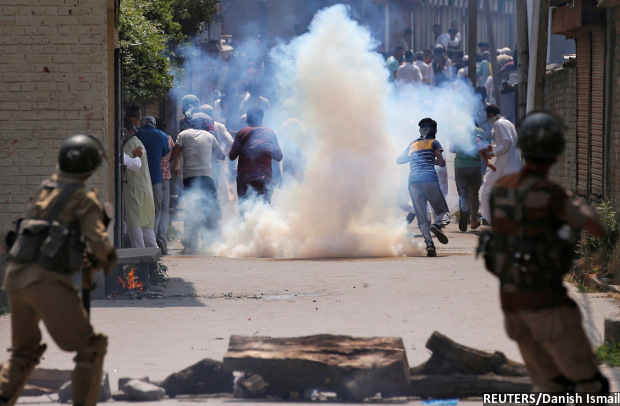 Two civilians died every week, on average, in police firing in India, according to national crime data for the years 2009 to 2015.

The data provide perspective to the death of six farmers in Madhya Pradesh’s Mandsaur district on June 6, 2017, when police fired on protesting farmers demanding better prices.

As many as 796 civilians died due to police firing between 2009 and 2015, according to data from the National Crime Records Bureau (NCRB).

A plentiful harvest in 2016 and imports drove some prices down 63%. A shortage of cash because of demonetisation led to “fire sales”, accentuating the price drops. Despite Rs 3.5 lakh crore--enough to build 545 Tehri-sized dams--invested over six decades to 2011, more than half of all farms depend on rains. These are the three factors agitating Indians who depend on farming--90 million families, or 54.6% of India's 1.2 billion people, IndiaSpend reported on June 8, 2017.

The Madhya Pradesh Human Rights Commission has issued notices to the state government in response to the deaths. The state’s home minister initially denied reports of firing by local police on agitating farmers but later admitted that police resorted to firing to gain control of the rioting mob during the protest.

“The National Crime Records Bureau statistics say 318,528 farmers committed suicide between 1995 and 2015. A study suggests more than 2,000 farmers are heading to cities every day to make a living.” wrote Shashi Shekhar, editor-in-chief, Hindustan, in a column for the Mint on June 12, 2017. “The time has come when New Delhi and state leaderships thought seriously about this issue. The police or para-military force of independent India don’t look good firing at their own people. We don’t need more Mandsaurs.”

As many as 4,747 incidents of police firing were reported between 2009 and 2015. Over the years, firing incidents have decreased, mostly due to decline in incidents in Jammu & Kashmir (J&K), which witnessed severe unrest between 2008 and 2010. For instance, in 2010, 662 incidents of police firing were reported in J&K, in which 91 civilians and 17 police personnel died, and 494 civilians and 2,952 police personnel were injured.

55% firing incidents in 2015 classified as ‘on other occasion’

Among the states, Rajasthan reported the maximum occasions (35) where police resorted to firing in 2015, followed by Maharashtra (33) and Uttar Pradesh (29).

Before 2014, the incidents of firing were categorised as: Riots, anti-dacoity operations, against terrorists and extremists and others. Between 2009 and 2013, these categories saw 1,371, 174, 815 and 775 incidents of police firing, respectively.