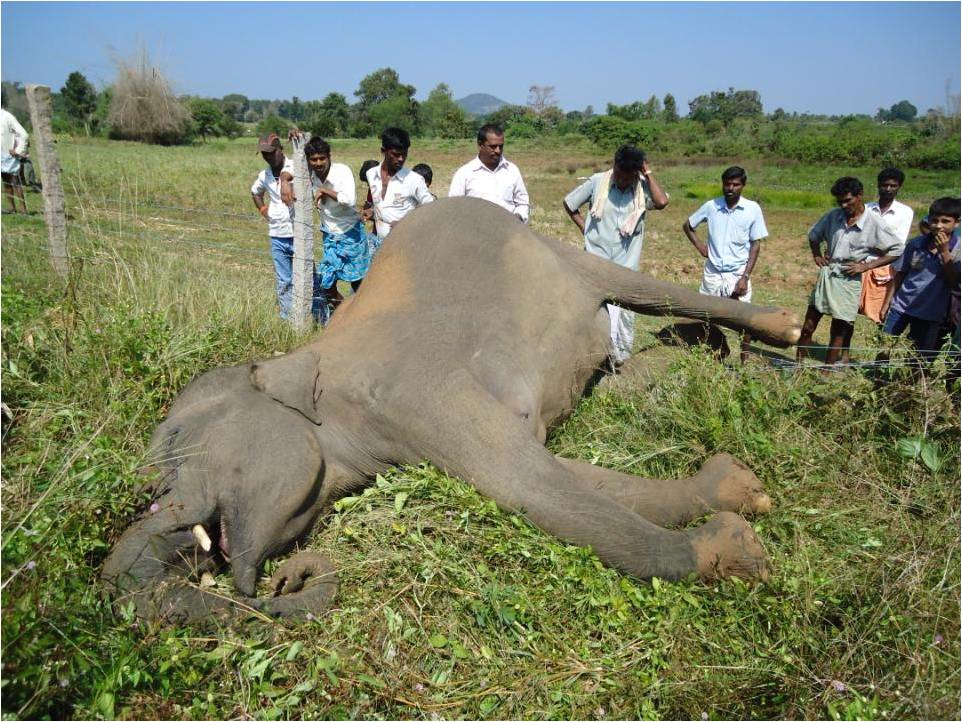 BANGALORE: It’s the harvest season, and on the fringes of a south Karnataka forest, Muthamma (she uses one name) prepares for the raids on her fields of jowar, or sorghum, an ancient, nutritious grass that is raised as grain.

The raiders are wild herds of Asian elephants from the Nagarhole national park, outside which Muthamma’s ragi ripens in the warm November sun. They appear to like ripened jowar, and for 14 years, Muthamma, a farmer, has borne their destructive visits.

“We harvest whatever is left,” she said, “Sometimes, we get compensation of about Rs 1,000 (from the government) for the crop loss.”

Muthamma is one of 250 million Indians who live on the edge of steadily degrading forests. One of the world’s 17 “mega diverse” countries, India, home to 16.7% of the world’s human population with only 2.4% of global land area, also harbours a diverse—but declining—wildlife. Most of this wildlife is found in and around the 661 Protected Areas (PAs), which include national parks and wildlife sanctuaries, spread across 4.9% of India’s total geographic area.

Conflict is inevitable, and it is growing.

Across south Karnataka—and indeed across India—the harvest is a particular time of conflict between human and animal. In less than two weeks, at least 12 elephants raids have been reported from villages on the outskirts of Mysuru, as the former royal capital of Mysore State is now known. In the past, elephants have even run amock on the streets of Mysuru, a city of more than 800,000, as this 2011 video of a man being gored to death shows.

Terrified or angry elephants and leopards—which frequently enter human habitation as their habitats shrink—make for sensational television, but lesser known crop raiders are the wild pig, or boar, and the chital, a gentle spotted deer, a five-year-long survey of protected areas in the states of Karnataka, Madhya Pradesh and Rajasthan has revealed.

Since 2009, Dr Krithi Karanth, executive director at Bangalore’s, Centre for Wildlife Studies, a nonprofit, has mapped conflict zones around five areas in Karnataka (Nagarhole, Bandipur, Dandeli, B R Hills, Bhadra) and one each in MP (Kanha National Park) and Rajasthan (Ranthambore National Park).

Karanth found that between 74% and 86% of households in these areas were in conflict with the animals that lived around them.

The idea behind mapping these conflict zones is to understand how human-animal skirmishes are unfolding, so they can be addressed. “When I looked at (the) scientific literature, there was very little data about conflict in India,” Karanth told Indiaspend. “So, I first tested the idea of mapping conflict in MP, and since it worked very well, I expanded it to several other state—Maharashtra, Andhra Pradesh, Karnataka and Rajasthan. For management and compensation of conflict, it is useful to know how it plays out in different areas.”

The data indicate that although human-wildlife conflicts are now common across India, they are more frequent around the protected areas, where wildlife and humans live in ever-closer proximity. As these conflicts garner more attention, there is often retaliation against wildlife, setting back conservation efforts.

Lights, long nights and fences: The weapons of choice

In measuring human-animal conflict, researchers consider crop and property damage, loss of livestock, human injury and death, among others. Most of the damage centres around crop loss, which varies, depending on the season.

Between 60% to 80% of households across the protected areas reported crop losses, according to the study, whereas 13% to 15% reported livestock losses.

How do people living around wildlife protect themselves?

The survey found that 83% of households tried to keep animals away: 66% ran night watches, since that is when most raids occur; 61% fence their property; 41% light up their areas and 51% built stronger homes or storage areas.

The study found that only fencing and the use of guard animals were “somewhat effective” in reducing loss.

Keeping animals out: What they do at Ranathambore, Kanha and Nagarhole

The authors said only a small proportion of those affected actually report losses. People tend to request compensation only when the loss is caused by prominent species, such as elephants and leopards.

Although compensation procedures and policy are similar across the PAs, the authors found that reporting is higher in southern states than in central India. Also, for Kanha national park, they found that compensation was higher for households living inside the legal buffer zone than outside.

The highest raiding incidents were reported between September to December in Kanha and Ranthambore national parks, and from May to August in Nagarhole.

India has a traditional tolerance towards wildlife, but this could be changing.

When presented with hypothetical scenarios, the villagers chose to take some action against wildlife, both herbivores damaging crop and carnivores. Although frightening and deterring animals was the most popular choice, the authors don’t rule out the possibility that the respondents may have been reluctant to choose the option of killing of animals in the light of conservation and forest rules.

It’s not just humans who are under threat due to conflict, several species of wildlife are also at risk.

A recent study by wildlife conservationist Sanjay Gubbi found that 23 leopards were killed in road accidents from July 2009 to June 2014 in Karnataka alone.

Of these, 19 were killed outside the protected areas, indicating the threat from growing traffic. Leopards are currently classified as “Near Threatened” under the International Union for Conservation of Nature’s red-list category, a watchlist put out by the world’s leading authority on species conservation, and they are often the first victims of human retaliation. 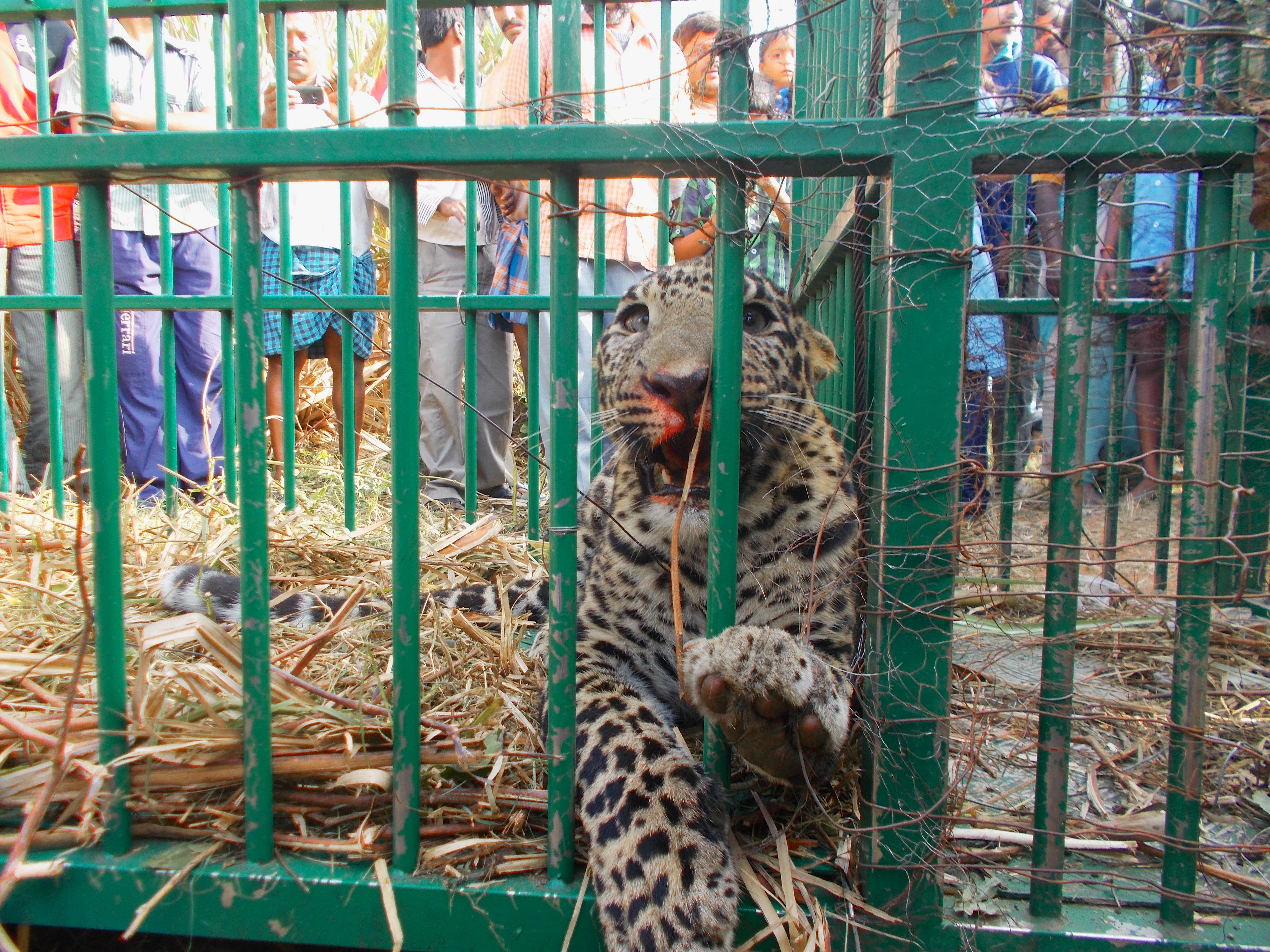 Besides leopards, deer, sambhar, langur, and bonnet macaques were killed by vehicles. In another study, conducted in the Mudumalia Tiger reserve Area, which contains several roads, including an interstate highway, 180 animals were found killed due to vehicular traffic between Dec 1998 and March 1999.

Rail routes traversing wildlife habitats also impact animals, especially elephants. Since 1987, India has lost 150 elephants due to collisions with trains. More than half the cases were reported from Assam and West Bengal.

Protected areas are important to wildlife conservation, often boosting animal numbers. But researchers said the small areas they cover, ranging from 300 to 900 sq km are not adequate to safeguard animals.

(Deepa Padmanaban is a Bangalore-based journalist)