On Ambedkar’s Birthday, For Dalit Women, A Step Ahead, A Step Back 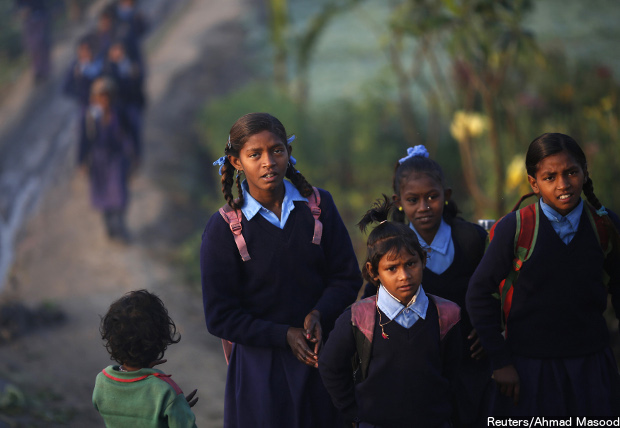 The literacy rate among Dalit women has increased by 14.6 percentage points--which is more than the increase for women in the general population (10 percentage points)--from 2001 to 2011, according to recently released data.

That’s the positive news as India celebrates the 125th birth anniversary of India’s first lawmaker, B R Ambedkar, inspiration for, among others, Dalits, lowest of Hindu castes.

The negative news is that the child sex ratio among Dalits declined from 938 girls per 1,000 boys in 2001 to 933 in 2011, meaning more Dalit girls are either being aborted or are dying through negligence. However, it is still better than the overall national average of 919 girls per 1,000 boys.

While 15.6% of scheduled castes have a primary education, only 2.7% are graduates.

Correction: Literacy rates were erroneously calculated on total population, and have now been updated as a percentage of the population above seven years of age.