No Time To Invest For India’s Petroleum Ministry 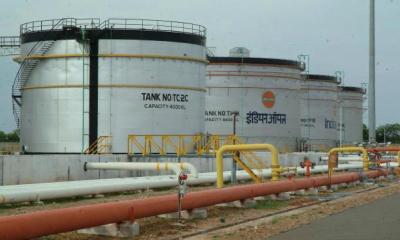 How are your taxes being spent? There are many indicators but one we track a little more closely is the Government’s Economic Review.

The Review says that as of September 2012, on the aggregate, utilisation of budgets for plan and non-plan expenditure of various ministries is 39% and 51%, respectively.

Let’s first look at the definition of Plan and Non-Plan expenditure:

Plan Expenditure- Expenditure on schemes covered by the Five Year Plans developed by the Planning Commission after consulting ministries. Each Plan specifies programme that ministries will fund and develop over the next five years. It has revenue and capital components.

Non-Plan Expenditure – Expenditure not covered by the five-year plan. This includes interest payments on government debt and expenditure on the maintenance of existing establishments. Non-plan also has revenue and capital components.

Now, let’s look at the Ministries that has spent the most till now this year out of its Plan expenditure:

Table 1: Civil Aviation Spends The Most

Civil Aviation, as we mentioned earlier, has almost spent its total budgetary allocation. Incidentally, the recently released Supplementary Demand for Grants (which falls outside the Union Budget) has allotted another Rs 2,000 crore as equity infusion in Air India for its restructuring plan.

The Union Budget 2012 allocated Rs 4,500 crore as Plan expenditure to the Ministry of Civil Aviation. Out of this, Rs 4,031 crore has been allotted as investment in public enterprises. Since Rs 3,719 crore has already been utilised till now, we reckon the investment is almost complete.

The biggest chunk of spending by the Ministry of Chemical and Fertilisers is accounted for by the Department of Chemicals and Petrochemicals (Rs 1,557crore out of Rs 1,596 crore). As it happens, the subsidy allocated for the Assam gas project was Rs 1, 376 crore. This subsidy is a part of the total capital subsidy of Rs 4,690 crore.

But other important ministries are not utilising their budget allocations effectively. For example, the Ministry of Urban Development (34%), Rural Development (39%), Home Affairs (29%) and Health and Family Welfare (46%) seem to be lagging the curve.

Interestingly, even ministries like Petroleum and Natural Gas, Consumer Affairs, Food and Public Distribution and Corporate Affairs have barely consumed 10% of their Plan expenditure.

Let us now look at various ministries and their Non-Plan expenditure:

Table 2: Oil Ministry Spends The Most

Total non-plan expenditure, till September, was 51% and it was 52% last year. Data for earlier years suggest that the average has always been around 50%.

The top 5 spending ministries spent around the same last year. However, the Ministry of Atomic Energy seems to be an exception. Last year, around September, it had touched the 57% expenditure mark, but that increased to 81% this year.

Incidentally, the Ministry of Petroleum and Natural Gas and Consumer Affairs, Food and Public Distribution were among the lowest spending ministries in Plan expenditure but they have spent around 90% of their Non-Plan allocations till September due to subsidies.

While the reasons might vary, interestingly, the ministries with a lower absolute budget (plan + non-plan) seem to be finding it difficult to spend the funds allocated to them. Meanwhile, ministries with bigger budgets seem to be finding it easier. Not that there are any clear trends visible from this but it’s evident that large chunks of funds money remain unused. For now.