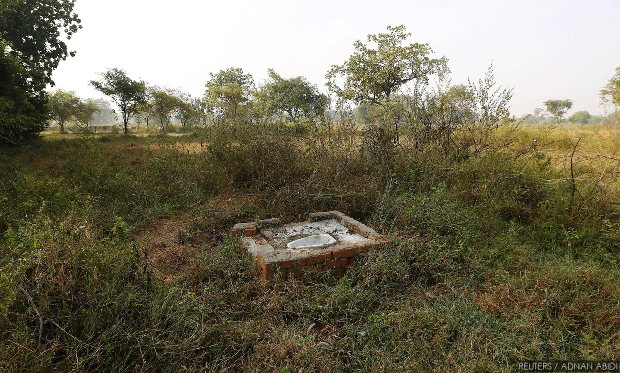 An open toilet in rural Chhattisgarh. More than 3.5 lakh toilets were built in the state in 2015-16.

The term "SBC"--appearing on restaurant, telephone and club bills nationwide--refers to the Swachh Bharat Cess, one of 10 levies that go directly to the central government and are expected to reach Rs 1.65 lakh crore ($25.3 billion) this financial year, 2016-17.

A warning over the use of these special taxes comes over the last decade, with at least Rs 1.3 lakh crore ($26 billion), or 41%, of cess collected but not used, according to this report from the government's auditor.

As states get more money, Centre increases cess, which it does not share

The 14th Finance Commission recommended a transfer of 42% of tax revenue from Centre to states, up from 32%, stripping some of Centre’s revenues. To compensate, the Centre has increased cesses, which it does not need to share with the states.

“When more money is given to states, the union government will be short of revenue, and it may generate the required from tax instruments like cess, to achieve targeted spending on specific objectives,” Dharmakirti Joshi, chief economist at Crisil, a ratings agency, told IndiaSpend.

A cess is a tax that does not need a new law or act--and parliamentary approval--and is included in the Finance Act, meaning, through the budget.

While cesses for roads and sanitation have largely worked, those for secondary education, telecommunication, and research and development have not.

The tripling of road cess--which appears as additional excise duty on petrol and diesel--is due to the 75% drop in global oil prices, the benefits of which were kept by the government to address revenue concerns, as IndiaSpend reported earlier.

The Swachh Bharat cess was levied from November 2015 to ramp up toilet construction nationwide--nearly 16 million were constructed over two years, according to the government; 95 million need to be built over the next three--and meet the government's target of making India open-defecation free by 2019. 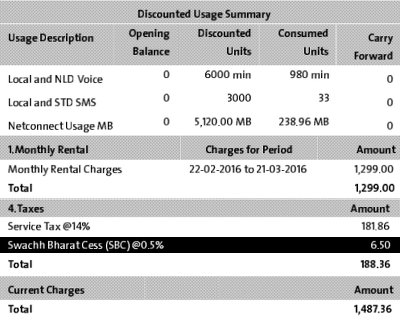 What did not work: Environment cess, secondary education cess

Since 2010-11, the government collected Rs 28,000 crore through the Clean Environment cess (earlier known as the Clean Energy Cess), but less than half the money was transferred to the National Clean Energy Fund to fund research and innovation.

Source: Report No. 50 of 2015 on Audit of Union Finances, Comptroller and Auditor General of India; Lok Sabha Question, answered by Minister for New and Renewable Energy on 10th March 2016

As for the secondary and higher education cess, despite collecting Rs 64,000 crore ($13 billion) over the decade ending 2014-15, no special fund was created, and it isn't clear how the money was used.

Over the last two decades, no more than 41% of Rs 3.1 lakh crore ($62 billion) collected through four cesses was used, according to the Comptroller and Auditor General (CAG), the auditor of the government.

Source: Report No. 50 of 2015 on Audit of Union Finances, Comptroller and Auditor General of India

“The possibility of the diversion of funds for purposes not mandated under the Finance Act cannot be ruled out,” the CAG report said.

The last budget also increased service tax from 14.5% to 15% on select services by levying 0.5% Krishi Kalyan (farmers' benefit) Cess, which the government has promised to spend on agriculture.

“The use of cess should be temporary and with a specific purpose. If it is a permanent feature of the tax model, it is nothing but equivalent to a higher tax rate,” said Crisil's Joshi.

Indirect taxes are levied on both the rich and the poor alike, taxing those meant to be beneficiaries of such taxes.

Rupee to Dollar conversion rates: For last three years, 1$ = 65 INR; for amounts pertaining to past decades, 1$ = 50 INR has been used for approximation.