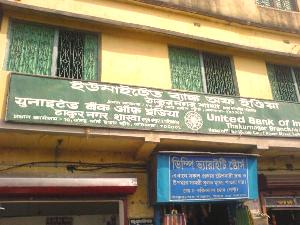 As Prime Minister Narendra Modi’s Government sets the financial agenda for the coming term, one area for action might be the balance sheets of public sector banks.

Gross non-performing assets (GNPAs) of 10 leading public sector banks added up to Rs 1.51 lakh crore at the end of March 2014.

This is 32% higher than the corresponding figure for the last financial year.

IndiaSpend had flagged off the issue of bad loans made by the banks earlier – obviously, it still remains.

Given the magnitude of these numbers, out-of-the-box solutions may be needed to set the banks in order.

In fact, what was already an alarming situation in December 2013 has actually worsened for some banks. Large public sector lenders, including Allahabad Bank, Bank of India and Punjab National Bank, have seen an increase in GNPAs in the three months ended March 2014.

Among the larger public sector banks, four lenders continue to have an NPA level of above 5%, which is alarming. For United Bank, the NPA level is a still mind-boggling 10.42% - the bank’s chairman and managing director (CMD) had resigned after the December quarter numbers showed very poor asset quality.

The weak balance sheets are worrying for two reasons. First, these are public sector banks – in essence, they belong to the people of India. Any loss is notionally also loss to the Indian public. Second, weak balance sheets also hamper the ability of the banks to make further loans and keep the economy humming.

Among the bigger banks, SBI, IDBI Bank, and Central Bank have brought down the NPA level compared to the December quarter but the numbers are still too high for comfort. Moreover, we are not sure if the reduced NPAs from December to March are because of specific action by the banks or if it is an annual phenomenon. For instance, SBI had also seen NPA level fall during the quarter ended March 2013. Two other leading public sector banks – Bank of India and Punjab National Bank – also saw a drop in the level of bad loans in the last quarter of FY13. Therefore, a single quarter drop in NPA levels may not signify much.

IndiaSpend has pointed out earlier that much of the bad loan burden of the banks comes from large corporate defaulters. Going by information published by the Reserve Bank of India (RBI), the worst offenders are infrastructure, iron & steel, power, textiles and ship-building. A recovery in the industrial sector would, of course, help but it is worth noting that NPA levels of leading private sector banks are much lower than the public sector. The bad economy may be responsible for some of the problems but poor management/operations seem to be a major cause as well.

In light of these numbers, the PJ Nayak Committee’s recommendation – that the Government reduce its stake in banks to less than 50% doesn’t seem so surprising. In fact, the reaction of bank-employee unions (the public sector) – a one-day strike – partly shows up what the problem is.