Nearly Rs 3 Lakh Crore Tax Yet To Be Collected 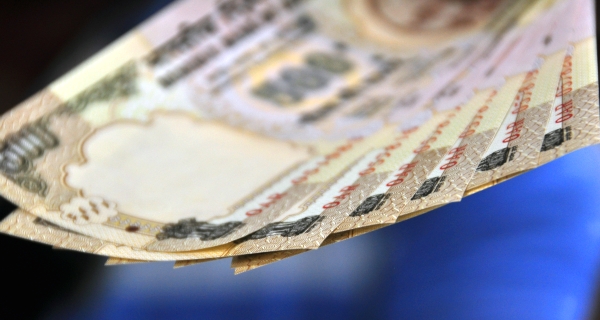 * West Bengal had the highest value of tax assessments at Rs 2,637 crore.

Last week, we talked about the total tax collection and the number of tax payers in the country. This week, IndiaSpend’s Prachi Salve looks at the review process of tax returns filed by individuals and companies by the income tax department.

According to the latest report by the government auditor, Comptroller and Auditor General of India, a total of 0.85 million scrutinies were done in 2010-11… and the tax department completed assessment of 53.7% or 0.46 million cases. This has led to an increase in the number of pending cases (for assessment) from 0.28 million in 2006-07 to 0.39 million in 2010-11. 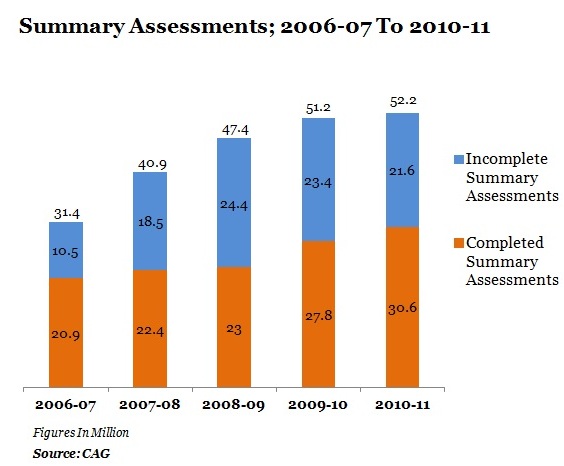 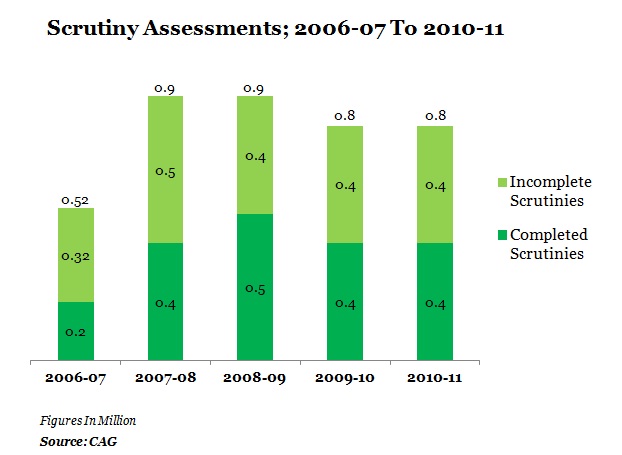 There was a spurt in scrutiny between 2007 and 2009 to nearly a million cases even though the total assessments were steady around 40 million. The auditor’s report has no mention about the increase in scrutinies.

Nearly 81.4% companies and individuals paid tax voluntarily 2010-11. Gross tax collections, which includes tax deducted at source, advance tax, self-assessment and other receipts, in the pre-assessment stage totaled 77.6% and 89.8%, respectively, for corporates and individuals. While advance tax formed the highest portion with nearly 52% collection from corporate assesses in 2010-11, tax deducted at source was the major part (63.3%) in the non-corporate tax collection during the same period. 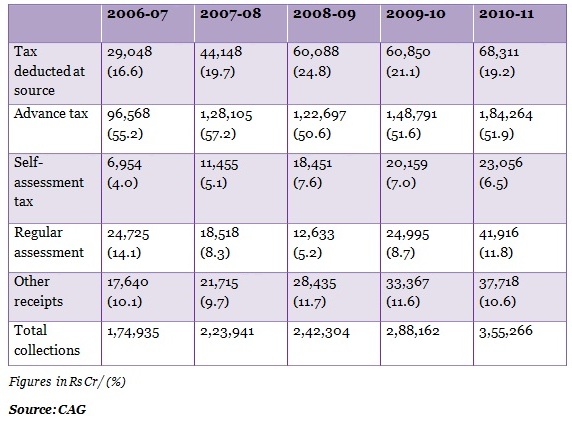 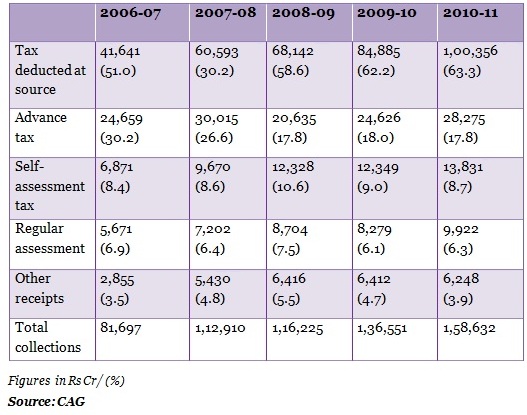 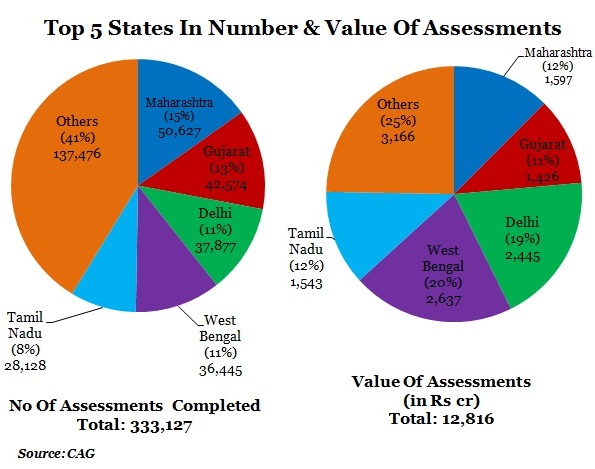 According to tax authorities, collection of taxes is affected as they cannot find assets and companies are being liquidated. 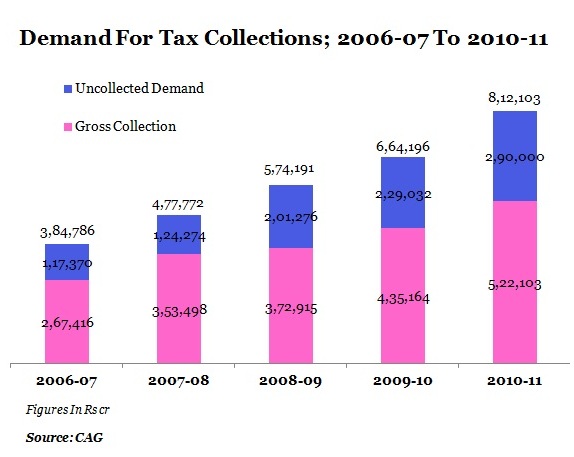 So, despite the growth in tax collections, the increasing uncollected demand shows the actual potential of taxes that can be collected and used for development purposes within the country.