Mumbai: The National Crime Records Bureau (NCRB) of the home ministry released crime data for the year 2017 on October 21, 2019, after a year’s delay. The report, however, did not include data on lynching, which was expected to be released in this edition.

The home ministry explained the delay on the need for “removal of errors/inconsistencies”. It said data on 25 categories were withheld, including offences such as rape during communal riots, laws related to cows, hate crimes and attack on journalists and RTI activists, because the data were “unreliable” and “prone to misinformation”.

At the same time, the NCRB released data in new categories/classifications such as anti national elements, circulating false/fake news/rumours, chit funds, cases under the Prevention of Corruption Act and Mental Health Act, noise pollution and defacement of public property.

The yearly ‘Accidental Deaths & Suicides in India’ report, which includes crucial data on suicides by farmers/agriculture labourers and students in addition to accidental deaths, has not been released by the NCRB for three years now, the last publication having been for 2015.

Holding back of data “unduly delays the progress of research in the area of Criminal Justice and policy”, G S Bajpai, professor of criminology and criminal justice, and chairperson of the Centre for Criminology & Victimology at the National Law University (NLU), Delhi, told IndiaSpend in an interview, along with Ankit Kaushik, research associate at NLU.

G S Bajpai, 57, is also as the registrar at NLU, Delhi, and has authored 17 books, more than 80 papers, several monographs and project reports. He is a columnist with leading newspapers in the country. He is a member of the Standing Committee on Research Methodology for Research Projects of the Bureau of Police Research & Development of the home ministry, and has contributed in police training research and courses.

Ankit Kaushik, 27, has worked on an Indian Council of Social Science Research project on the ‘Status of Crimes Against Women’ and on a University Grants Commission project on the ‘Impact and Implementation of Juvenile Justice Act, 2000’. He has been a part of the consultative processes with the National Investigation Agency as well as the Bureau of Police Research and Development on behalf of the university. 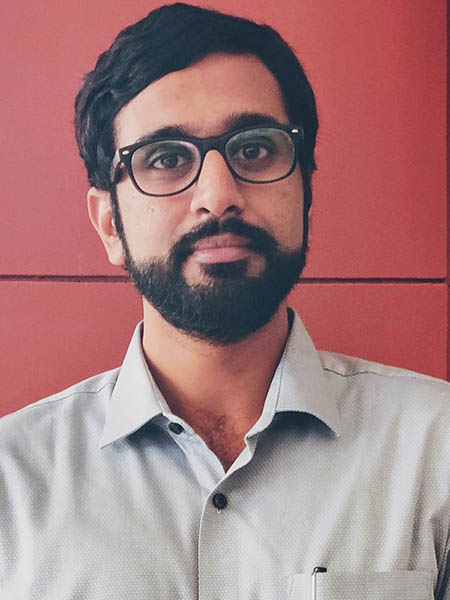 Excerpts from our email interview:

What are the most important findings of the latest NCRB data for you?

It is not the actual statistics that are of interest to me immediately, but the NCRB’s reclassification of old offences and inclusion of new offences that is of importance. The exercise by NCRB has culminated in several new offences such as cyber bullying of women/children etc. as well as repackaging of existing offences such as morphing, data theft etc. An examination of the basis of such reclassification and creation of offences is extremely fascinating and the same must be subjected to critical analysis by scholars of criminal law, criminologists, lawyers and policy makers.

Data on lynchings, and crimes against journalists and activists, have not been included. Your comments? As a public institution, is the NCRB obligated to share these data with the public?

The official stance of the Ministry of Home Affairs (MHA) for not including the data on mob lynchings and attacks against journalists has been that the data received from the police stations are unreliable as the definitions are prone to misinterpretation. Whereas it would be redundant to comment on the official stance without verifying the veracity of the MHA’s claim, it is certainly acceptable that in the absence of any official definition of mob lynching, data collection of the same would indeed be an uphill task. However, the same logic should have applied to other offences which have been created or re-classified by the NCRB since no official definitions are available for many of the newly classified offences such as fake news or fake profile.

If the data is unreliable, I doubt anything good can come out of sharing it, but then the NCRB should have refrained from sharing other data based on unreliable definitions either.

The data now include new heads such as crimes by anti-national elements. Your comments?

NCRB's attempt at reclassification can generally be subjected to much criticism for being haphazard and unprincipled. It is rather futile to repackage old offences under new headings without any substantive changes in the offences themselves. The new offences and the classifications, in and of themselves, suffer from the lacuna of being undefined either in academic or legislative discourse. The head of 'anti-national' elements too suffers from the same vice. Until and unless the contours of the term 'anti-national' are defined, it would be unfortunate for the same to be given any kind of official recognition within criminal justice administration.

The Accidental Deaths & Suicides in India report has not been released for three years now, with its last publication for 2015. Your comment?

Any delay on the part of the NCRB in coming out with the statistics unduly delays the progress of research in the area of Criminal Justice and policy throughout the country and beyond. Studies had to rely on outdated official data for much of the past two years. It is unfortunate, therefore, that the delay in the publication of the report on Accidental Deaths and Suicides is even greater than the delay in the publication of the Crime in India Statistics as well as Prison Statistics.

Are you aware of any attempts to get the undisclosed data revealed through the Right to Information Act, and their results?

NCRB being a public body, the RTI Act is applicable to the same. In fact, a list of Central Public Information Officers can easily be found on its website. Additionally, the NCRB regularly makes disclosures under the RTI, which are also available for public access on its website. I am, however, currently unaware of any figures of the number of RTIs filed with the NCRB.

Data collection is perhaps the greatest challenge for publishing any report on crime in India. NCRB itself voiced discontent about insufficient cooperation by West Bengal and Bihar police. It would be much harder for any private researcher to solicit such information. The process can be significantly streamlined by creating a central database that automatically updates the macro-level data on crime in India in real time. The same can be done by ensuring that the relevant data from each FIR [First Information Report] uploaded online is automatically added to the central database. This would do away with the requirement to solicit information from each police station on an annual basis.

As for making the process consistent so as to compare data across time periods, in methodical terms, the same requires foresight as well as the ability on the part of the NCRB to adjust the previously recorded data in accordance with the novel methods. Substantively, however, it would be impossible to maintain such consistency because society generally defines and redefines both the offences as well as its gravity and punishment differently over a period of time. What may have been considered to be a serious offence in 1860 may be completely acceptable behaviour today and vice versa.

Are there any other heads you think should be included in the report, going ahead?

The report lacks a victimological perspective entirely. Crime in India cannot be studied merely from the perspective of the offence and the offender. An equally important part of the offence itself is the person or body against whom it is committed. The victims of crimes including witnesses deserve an entire chapter dedicated to describing the victims as well as analysing their issues.

Reports (here and here) suggest under-reporting of crimes/cases. What measures are required to address these challenges?

Under-reporting of crimes/cases can largely be attributed to two kinds of issues--the first are institutional, and the second are societal. Institutional issues can be tackled through positive steps taken by the State to protect victims and witnesses as well as providing the victims with assistance--both legal and material--so as to embolden them to report the offence. Another institutional issue is the NCRB’s reliance on the 'Principal Offence Rule' under which only the offence with the highest punishment from amongst all offences in the FIR is taken into account by the NCRB. So in an FIR relating to rape and murder, the NCRB will count only murder and not rape. The same leads to automatic under-reporting of offences, not by the victims, but by the NCRB. Perhaps the NCRB should be asked to place lesser reliance on the rule.

Societal pressures too stop the victims of crimes from coming forward. The pressures include the threat of social stigma, unequal power structures within society or even direct threats from the accused themselves. These can be resolved through a combination of social awareness and sensitisation programmes and institutional reforms to provide protection and assistance to the victims and witnesses, in addition to taking the impact of the crimes upon the victims into account.

(Mallapur is a senior analyst with IndiaSpend.)