Muslims At Bottom Of Higher-Education Ladder, Alongside Backward Tribes 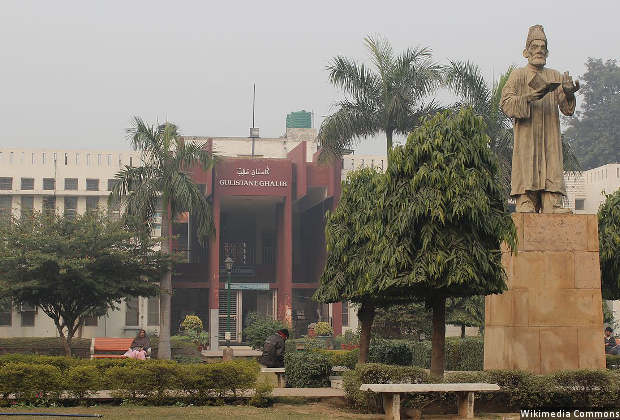 The rate of enrolment is described as the percentage of actual enrolments in higher education, regardless of age, in a given academic year, to the 18- to 23-year-old population eligible for higher education in that year.

In proportion to their population, Muslims were worse-off than scheduled castes (SCs) and scheduled tribes (STs). Muslims comprise 14% of India’s population but account for 4.4% of students enrolled in higher education, according to the 2014-15 All India Survey on Higher Education.

The situation has worsened over the last half century, according to the 2006 Sachar Committee, appointed to examine the social, economic and educational status of the Muslim community.

In younger SC/STs (aged 20 to 30), the committee reported three times the proportion of graduates as in older SC/STs (aged 51 years and above). Among Muslims, the committee found double the proportion of graduates among younger Muslims compared to older Muslims, “a widening gap between Muslim men and women compared with ‘All Others’, and an almost certain possibility that Muslims will fall far behind even the SCs/STs, if the trend is not reversed”.

Since Justice Rajindar Sachar completed his report a decade ago, the gross enrolment rate of Muslims doubled from 6.84% to 13.8%. Despite this, they trail the national average, as we said.

The 147% increase in SC and 96% increase in ST higher-education enrolments—which still lags their proportion in the general population—since 2001 is the outcome of affirmative action, as we explained in part one of this series. The second part described how the proportion of other backward classes (OBCs) in higher education is now almost the same as their corresponding share of the general population.

So, should reservation be extended to Muslims?

That is not an easy question to answer. In a nation declared secular by its Constitution, educational institutions are disallowed from discriminating between students on religious grounds. However, states can tweak constitutionally-mandated reservation provisions to provide “for the advancement of any socially and educationally backward classes of citizens or for the scheduled castes and the scheduled tribes”.

Where such reservations have been made for Muslims over and above the few Muslim castes included in the OBC list, such as in Kerala, Karnataka and Andhra Pradesh, their representation in higher education is three times the rate in non-minority institutions up North, according to Indian Muslims and Higher Education: A Study of Select Universities in North and South India, a 2013 comparative analysis.

Affirmative action has allowed many families to see their first-generation of graduates, post-graduates and doctorates. It has spurred progressive families to widen their horizons.

“I am the first girl in my family to study journalism, something our elders consider a step forward in career choice for girls,” said Rukku Sumayya, 23, one of two Muslims occupying reserved seats in the post-graduate journalism class of Kerala University. 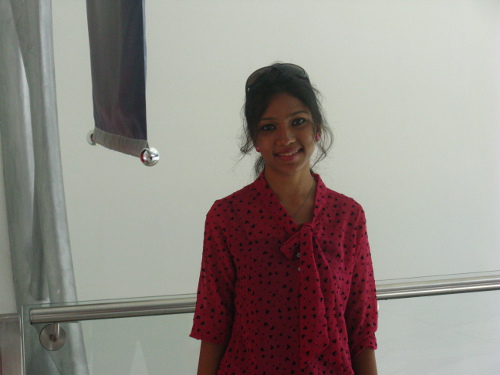 Rukku Sumayya, 23, is one of two Muslims occupying reserved seats in the post-graduate journalism class of Kerala University, the outcome of Kerala redefining the other-backward-classes category to include Muslims. In Kerala, Karnataka and Andhra Pradesh, where reservation has been made for Muslims, their representation in higher education is up to three times the rate in non-minority institutions up North. In proportion to their population, Muslims were worse-off than scheduled castes and scheduled tribes in higher education enrolments in 2015. Muslims are 14% of India’s population but account for 4.4% of students enrolled in higher education.

Sumayya’s class of 20 includes three Muslims—one got admission on merit and two under an OBC quota, the outcome of Kerala redefining the OBC category to include Muslims so as to allow them better access to reserved seats.

“Occasionally, I feel guilty about taking someone’s seat,” said Sumayya, who hails from, in her words, “a progressive Muslim family whose girls are educated and not married off at 18”. She added: “But mostly I enjoy the privilege and justify it by telling myself that I deserve the break.”

There is little doubt that Muslims are among India’s most economically disadvantaged communities. Hindus who are not classified backward and other minorities spent 60% more than Muslims, according to the Sachar Committee.

No more than 81% of urban male Muslims are literate, the lowest literacy rate among urban males from Indian religious groups--Hindus (91%), Christians (94%), Sikhs (86%) and Others (95%), according to Employment and Unemployment Situation among Major Religious Groups in India, a 2010 National Sample Survey Office (NSSO) report.

Among Muslims, the work participation rate, another key determinant of socio-economic well-being, representing the workforce per 1000 population, was the lowest of all the major religions--536, below Sikhs (568), Christians (540), Hindus (563) and Others (573), also according to NSSO 2010.

That is why “financial incentives (scholarships) work as a major incentive to boost Muslim higher education enrolment”, said Jabir Hasan Khan, professor, Department of Geography, Aligarh Muslim University, and co-author of Education and Development of Muslims in India: A Comparative Study, a 2013 paper that shows how disparity in graduate literacy among Muslims is not correlated with the share of Muslim population in a state.

Indeed, the other 2013 comparative study of select universities in north and south India we previously referred to, by Saima Iqbal, assistant professor at Shaheed Bhagat Singh College, University of Delhi, found that universities in Karnataka, Andhra Pradesh and Kerala were enhancing access to higher education through reservation and by offering financial assistance—seven times the proportion of Muslims students were using scholarships in southern universities than in the North.

In the North, lack of schools holds back Muslims from higher education

“There is a spectacular ‘digital divide’ between South and North Indian Muslims in terms of education, and thereby in political empowerment,” wrote Syed Iqbal Hasnain—former vice chancellor of the University of Calicut and a distinguished visiting fellow of the US’ Stimson Center, a nonprofit—in a 2009 book, Muslims in North India: Frozen in the Past.

Affirmative action in south India is only one reason for this divide.

In south India, a push for education—particularly by local leaders—has boosted enrolment at all levels.

“Muslim community in Kerala is the best case in point for this type of political determination and empowerment,” wrote Hasnain. In Kerala, the Muslim leadership has helped expand the number of higher-education institutions run by trusts owned by the community from a few at the time of Independence to around 100.

More pertinently, “the successful educational institution building movements in five southern states has started from the bottom of the pyramid,” said Iqbal. The expansion of school education has surpassed higher-education expansion, increasing the number of students eligible for higher education.

In contrast, Muslims in north India have fewer schools to access. “The availability of good quality schools like Jawahar Navodaya Vidyalayas in rural areas was expected to partly to (sic) relax the supply side constraints on good quality education,” noted the Sachar Committee report, “but Muslim participation in these schools is not satisfactory.”

Muslim school drop-outs: those who never make it to the higher education threshold

Across India, half of Muslim children who complete middle school drop out during secondary school, according to the Sachar Committee.

The drop-out rate among Muslims is higher than the general population: 17.6%, compared to the all-India average of 13.2%, according to this 2014 study based on 2005-06 National Family Health Survey (NFHS) data.

In Rajasthan, 18.5% of Muslim primary school students dropped out, as did 20.6% upper primary students, compared to the state averages of 8.4% and 6%, respectively, according to this 2013-14 state survey by the state’s district information system for education and independent bodies.

“High drop-out rates among Muslims, especially after middle school are to blame for the community’s small pool of youth eligible for higher education—and therefore, low share of higher education enrolments,” said Rakesh Basant, professor of economics at Indian Institute of Management, Ahmedabad, and a member of the Sachar Committee.