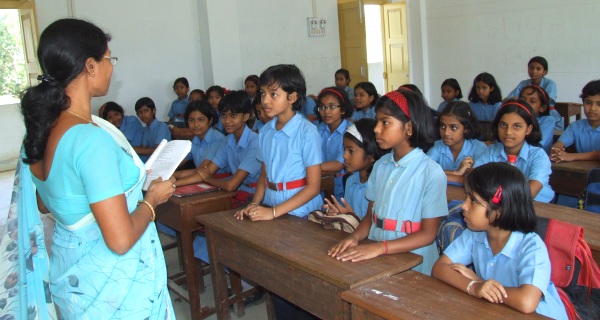 Brihanmumbai Municipal Corporation, India’s richest municipal body, provides free education to nearly 400,000 children enrolled in around 1,400 schools. IndiaSpend had earlier reported that even though there has been a significant increase in the expenditure on education by the BMC, the corporation-run schools continue to see a reduction in students. The article looked at various aspects like the total number of students, student-teacher ratio and students enrolled in various language schools.

IndiaSpend’s Prachi Salve takes a fresh look at the numbers based on a Right To Information petition filed with the BMC.

The key takeaway is that there has been a 45% increase in expenditure on primary education between 2007-08 and 2011-12 but funding declined during the period under review. And though salaries and pensions account for most of BMC’s expenditure, they've been declining over the years.

However, BMC has failed to provide details on breakup of salaries of the teaching and non-teaching staff.

Primary education constitutes 73% of the total education spend by the BMC. Moreover, there are 11,487 teachers in BMC’s 1,400 primary schools. 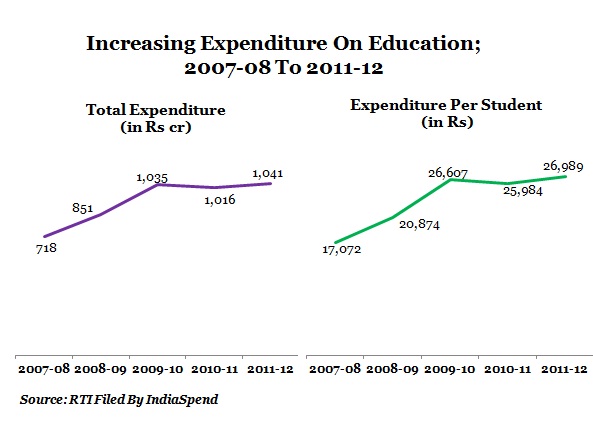 Figure 1 show that the expenditure per student has increased from Rs 17, 072 in 2007-08 to Rs 26,989 in 2011-12. But this increase in expenditure is not due to the increase in number of teachers or on teaching but, as IndiaSpend reported earlier, largely due to the dwindling number of students in BMC-run schools.

Let us now look at the annual income of the corporation from education. BMC generates revenue for education in the form of grants from state government and central government grants for programs like Sarva Shiksha Abhiyan (SSA). In 2007-08, income generated was Rs 732 crore, which increased to Rs 1,036 crore in 2010-11. However, it declined to Rs 1,016 crore in 2010-11 and dropped to Rs 748 crore in 2011-12. 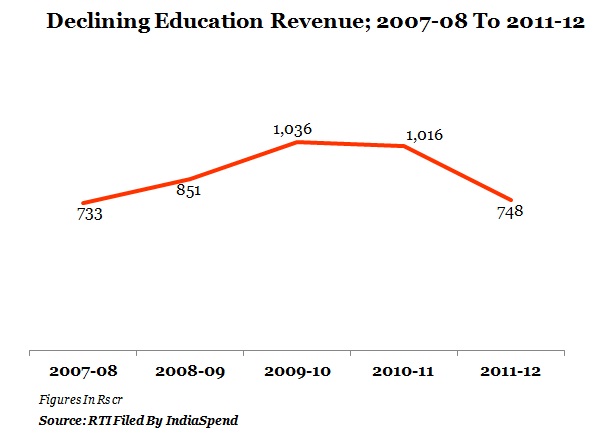 The expenditure of the corporation can be divided into 2 sub-sections, namely establishment expenses, which include salaries and pensions of teaching and non-teaching staff while administrative expenses include rent paid by BMC on school buildings (which are not owned by the BMC), utility bills, books and other stationary required by the students and teachers. 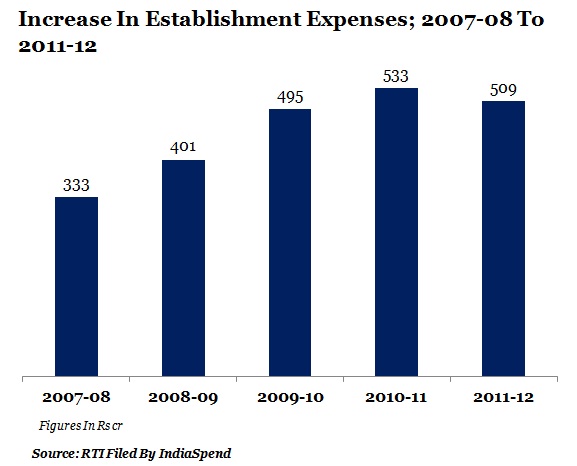 The following is the list of all the items under administrative expenses as per the RTI reply:

3] Stationary and reading materials like newspapers, journals and reference books.

4] Travel by officials, which includes travel charges, India wide travels and travels within the city; and

5] Other expenses like consultants’ fees, housekeeping and fire extinguishers.

It’s quite likely that most of these heads will not be major cash guzzlers, particularly travel and consultant fees. So, it is possible that rent is the largest… 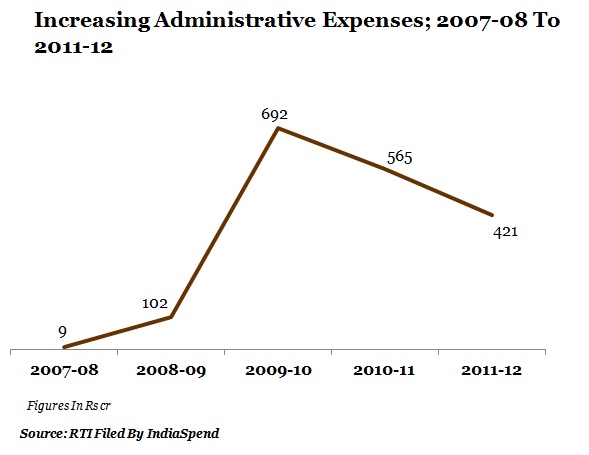 So, BMC has been spending less on teachers’ salaries as compared to administrative expenses, at least for primary education. And a further worrying aspect is that the increase in expenditure is not being matched by increasing income.

The BMC spends around 8-9% of its total budget of Rs 26,000 crore on education. And we can see here clearly that the administrative expenditure in primary education has zoomed even though several municipal schools (mostly in regional languages) have been shut down due to dearth of students.