Mumbai has 721 containment zones. Here’s how this works

More areas in Mumbai now face stricter curbs and those violating lockdown norms risk one-month’s imprisonment and/or a Rs 200 fine after the civic body marked 721 containment zones (CZs) on April 18. This is nearly four times the 200 marked in the first week of April. The containment zones include Times Network Building in Lower Parel, Jaslok Hospital, Peddar Road, Bhatia Hospital, Tardeo Road and pockets in Dharavi, among others.

Mumbai has reported more than 2,700 cases--more than any other state. 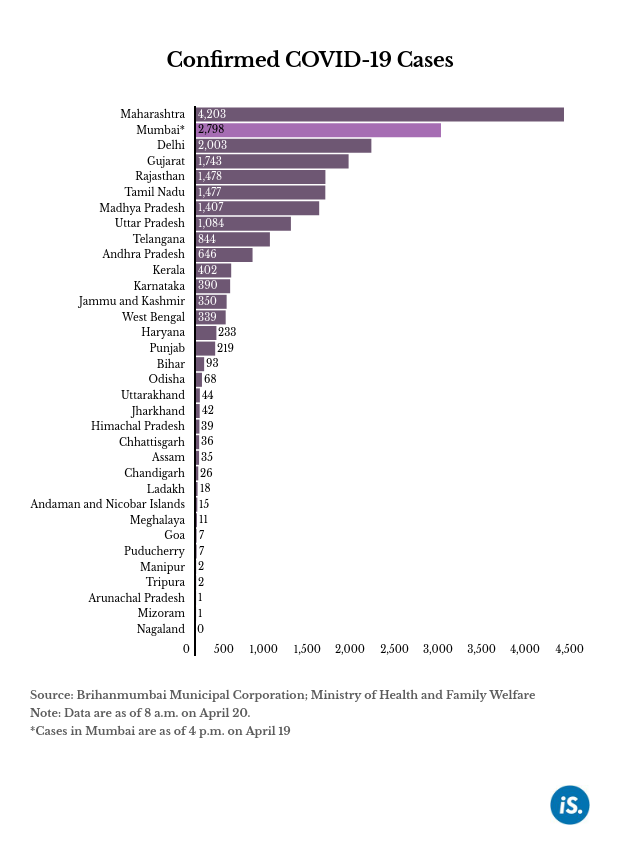 After the Centre issued revised guidelines on April 15 to permit select activities in non-containment zones from April 20, the Brihanmumbai Municipal Corporation said in guidelines issued on April 19 that these guidelines will not be applicable to containment zones demarcated by the civic body in the city, in addition to the directions issued by the state government’s Revenue and Forest, Disaster Management, Relief and Rehabilitation Department on April 17.

The guidelines state that arrangement will be made to issue passes for the movement of staff and contractual labour for operation of railways, airport/air carriers, and sea ports/ships.

Industries/industrial establishments will not be allowed to operate in Mumbai municipal limits and workers from hotspots/containment zones will not be permitted to go to work in permitted establishments. Construction activities on private projects are allowed on the condition that workers are available on the site and not required to be brought in from outside, provided if the construction incharge undertakes in writing to follow all safety measures related to COVID-19 guidelines.

In addition to essential services (medical and grocery stores), fisheries and related work, cable services and call centres could resume work in non-containment areas with minimum staff. Selling of vegetables, dairy products and eatables through take-away services have been allowed to resume. Weddings have also been permitted with approval from the authorities concerned with some restrictions.

All of this is for non-containment zones only.

Containment zones, of which there are now 721 and spread over a large part of Mumbai, are areas where COVID-19 cases have been detected. Their surrounding areas are sealed to protect everyone inside and outside from further spread. There is no cause for alarm, Municipal Corporation of Greater Mumbai said, and civic bodies and other government institutions will supply essentials in containment zones.

Anyone breaking lockdown rules can be punished with a month’s jail term and/or a fine of Rs 200, as per provisions of Sections 51 to 60 of the Disaster Management Act, 2005, and Section 188 in the Indian Penal Code, 1860, the central government’s revised guidelines said. If the violation causes or tends to cause danger to human life, health and safety, this could extend to six months’ prison and/or a fine of Rs 1,000.

Mumbai's civic body has identified 721 containment zones by wards as on April 18. Of these, GS (G-South) reports the most 11% or (81) zones https://t.co/RmD8JJubUT pic.twitter.com/IrNnELkZ0a

At the country level, the central government has identified 170 hotspot districts (as of April 15). Of these, 10 districts with large outbreaks are in Maharashtra. The state has reported more than 4,000 cases as on April 20, the most in the country. 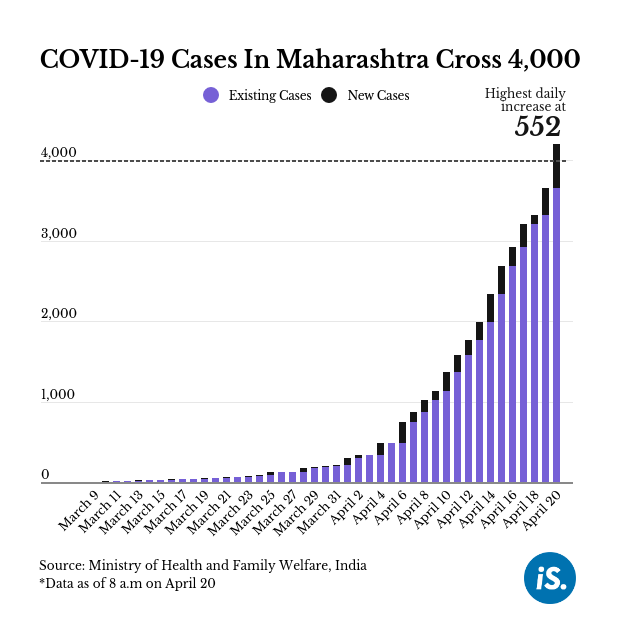 Likewise, Delhi--which has reported the second highest number of cases in the country--has identified 77 containment zones, as of April 19.

Here’s our map of hotspots across the country: https://corona.health-check.in/hotspots