More Indian Women Could Opt For Paid Work, If They Found Reliable Caregivers 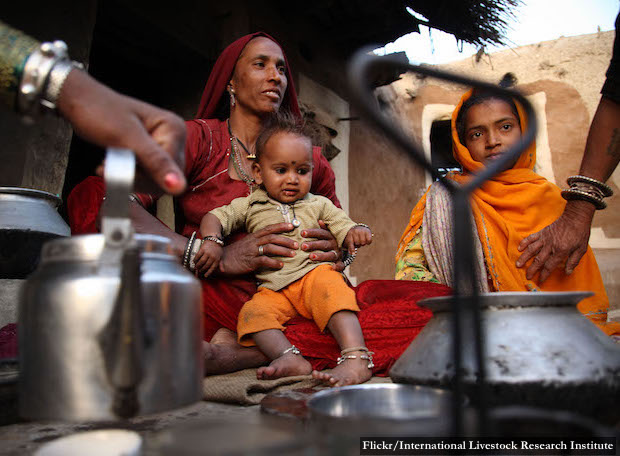 More mothers with young children could opt for paid work if they found reliable alternative caregivers to take care of family-related responsibilities, a survey in Rajasthan’s Udaipur district shows.

The baseline survey of 3,177 mothers with children in the 1-6 years age group has found that on average the respondents spent 9.4 hours each day doing some kind of unpaid work as against 17 minutes per day doing paid work.

Of the time spent doing unpaid work--defined as tasks such as cooking, cleaning, tending to animals, caring for children and working on family-owned fields--the respondents spent the most time caring for children, or elderly or disabled persons (approximately 2.5 hours per day).

This indicates that women’s care responsibilities are a possible reason for the low extent of their labour market participation, says the study conducted by the research-oriented nonprofit IFMR LEAD in collaboration with the Canadian McGill University and Indian development-oriented non-profit Seva Mandir, and funded by the Canada-based International Development Research Centre.

The study is evaluating a community day-care model called Balwadi, run by Seva Mandir in the villages of Udaipur district in Rajasthan. It is a randomized controlled trial with 160 village hamlets, of which 80 have a balwadi. Currently, the first round of post-intervention data is being analyzed and the final round of end-line survey will begin soon.

The Global Gender Gap Report by the World Economic Forum (2016) ranked India 136th out of 144 countries in terms of women’s economic participation and opportunities. According to World Bank data, global female labour force participation rates declined marginally (from 52% to 50%) between 2004 and 2010.

On the other hand, the NSSO reports that during the same period, India’s rates dropped nearly 7 and 3 percentage points in urban and rural areas, respectively. Among the BRICS countries, India had the lowest female labour force participation. In 2016, Bangladesh and China recorded rates of 43% and 63%, respectively, as compared to India’s 27%, as per World Bank data.

Women who come from patriarchally-oriented families are less likely to participate in the labour force, this paper suggests. Increasing household incomes decrease the pressure on women to engage in work, and in such a scenario woman’s going out to work is considered against the family’s prestige, some studies have found. Further, some research on the relation between economic growth and women’s participation in paid labour has found that a majority of women lack the skills required for the skill-intensive services sector that has fuelled India’s recent growth.

Time-use data on how women spend their day also explains why few women work outside the home--they are preoccupied with unpaid work which includes household chores, taking care of children and the elderly, and activities related to looking after the household.

Since women spend a large portion of their time doing unpaid work, particularly unpaid care work, could they participate more in economic activities if they had alternative caregivers (ACGs) in the household? The survey found in the affirmative--the presence of ACGs in a household had a direct correlation with the respondent’s being able to go out for paid employment. The presence of one additional ACG increased the likelihood of a woman going out for paid employment by 3.8 percentage points.

An ACG could be anyone in the household above the age of six years, excluding the respondent and her husband.

NOTE: Out of the women who have done some work outside home.

Most of the women in the study sample who went out for paid employment performed physical labour at construction and road repair sites, interviews and experiences in the field showed.

In such cases, when children accompany their mothers to work, they are often left unattended and can be exposed to worksite hazards and dangerous materials. In addition to being unsafe, this is also deleterious for their health and cognition.

Although ACGs can improve women’s employability, it is important that ACGs are formal in nature. In many instances it is seen that older children, who may be only a few years older than their younger siblings, take care of them. These older children, if they become ACGs, may miss school or drop out altogether, which is inimical to their education, skill development and future employability. A formal alternative care arrangement can more effectively address this challenge.