April 2017: Earliest India Will Get Its Cash Back 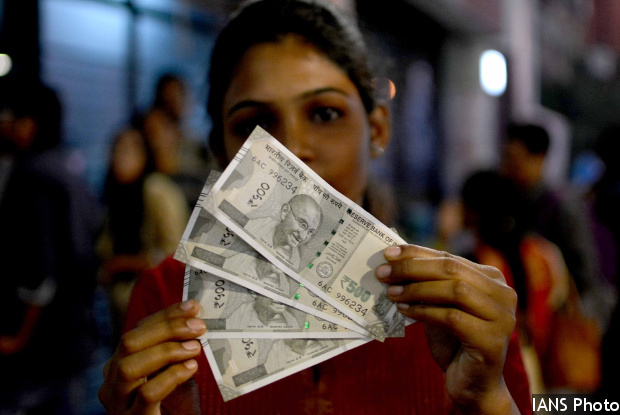 We are 17 days away from Prime Minister Narendra Modi’s 50-day deadline to end the worst effects of the scrapping of 86%--by value--of India’s currency. In the chest-thumping, hand-wringing and controversy that has ensued since the announcement on November 8, 2016, there has been an absence of facts on the question of re-monetising India.

An extrapolation of 2016 Reserve Bank of India (RBI) data on the capacity of Indian printing presses and currency distribution indicates that, at current rates, the Prime Minister’s deadline will not be met. Getting adequate money to banks and ATMs nationwide will depend on how many bank notes the government wants to put back into circulation.

The crux of the problem is change, specifically the Rs 500 note, which India’s presses cannot, currently, print in adequate number.

Here are the facts:

Before the announcement of demonetisation, the government had already arranged for the printing of 200 crore (2 billion) Rs 2,000 notes, or roughly about Rs 4 lakh crore ($60 billion) in value. So, these were the first set of notes to be circulated. This is why there are so many pink notes in circulation.

Let’s explore the time to disburse in the two scenarios we mentioned:

For this amount to be liquid, a key condition needs to be met: Rs 2,000 notes can, at most, account for half the total amount to be circulated. The logic: If we do not have enough change, then the Rs 2,000 note will always be hard to “break” into smaller denominations, which is the situation nationwide today.

This means the requirement of Rs 500 notes is as follows:

Taking into account the time taken for cash transportation and the speed at which banks can push out the money, calculations indicate that complete disbursal of Rs 9 lakh crore can happen in early April 2017.

In Scenario 2 (Rs 14 lakh crore), it could take until mid-July for the cash to be fully disbursed.

In other words: India awaits some “April showers” but a full “monsoon” will have to wait until July.

Cash disbursal in the market is slowing when compared to the figures projected in the model above. The data so far:

Update: The headline of this story has been changed to accurately reflect the re-monetisation timeline.

(Kini, a B Tech from IIT Madras, is a Principal at Aspada, a venture capital firm that supports entrepreneurs building businesses for India's underserved markets. He is also an active volunteer with the IndiaStack, where he helps frame policy, while evangelising its impact at various industry events.)