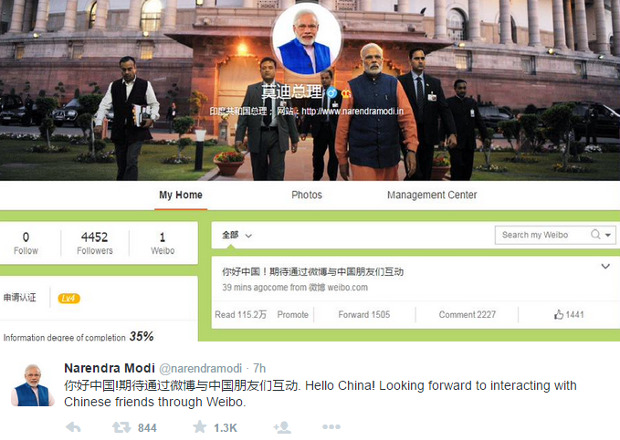 Ahead of his visit to China—from May 14 to 16—India’s social-media friendly Prime Minister Narendra Modi joined the Chinese social media platform Weibo to connect with Chinese citizens.

Sina Weibo is the largest Chinese micro-blogging site with over 140 million monthly active users, and China, with 1.29 billion subscribers, has more cellular phone users than any other country. India has 960 million subscribers.

Political leaders globally are aware that power comes from attraction, and have been using it effectively through social media as a means of soft-power, a termed coined in 1990 by Joseph Nye, an American Political Scientist.

Soft-power is defined as “getting others to want the outcomes that you want – co-opts people rather than coerce them”, according to Nye. In other words, it is an attractive power or the ability to attract that leads to acquiescence.

Social media has come to the forefront as a means of political activism around the world in recent times.

Modi joined Instagram in November 2014, and within hours of posting his first picture, the account had nearly 38,000 followers. He gathered more than 443,000 followers in less than five months. 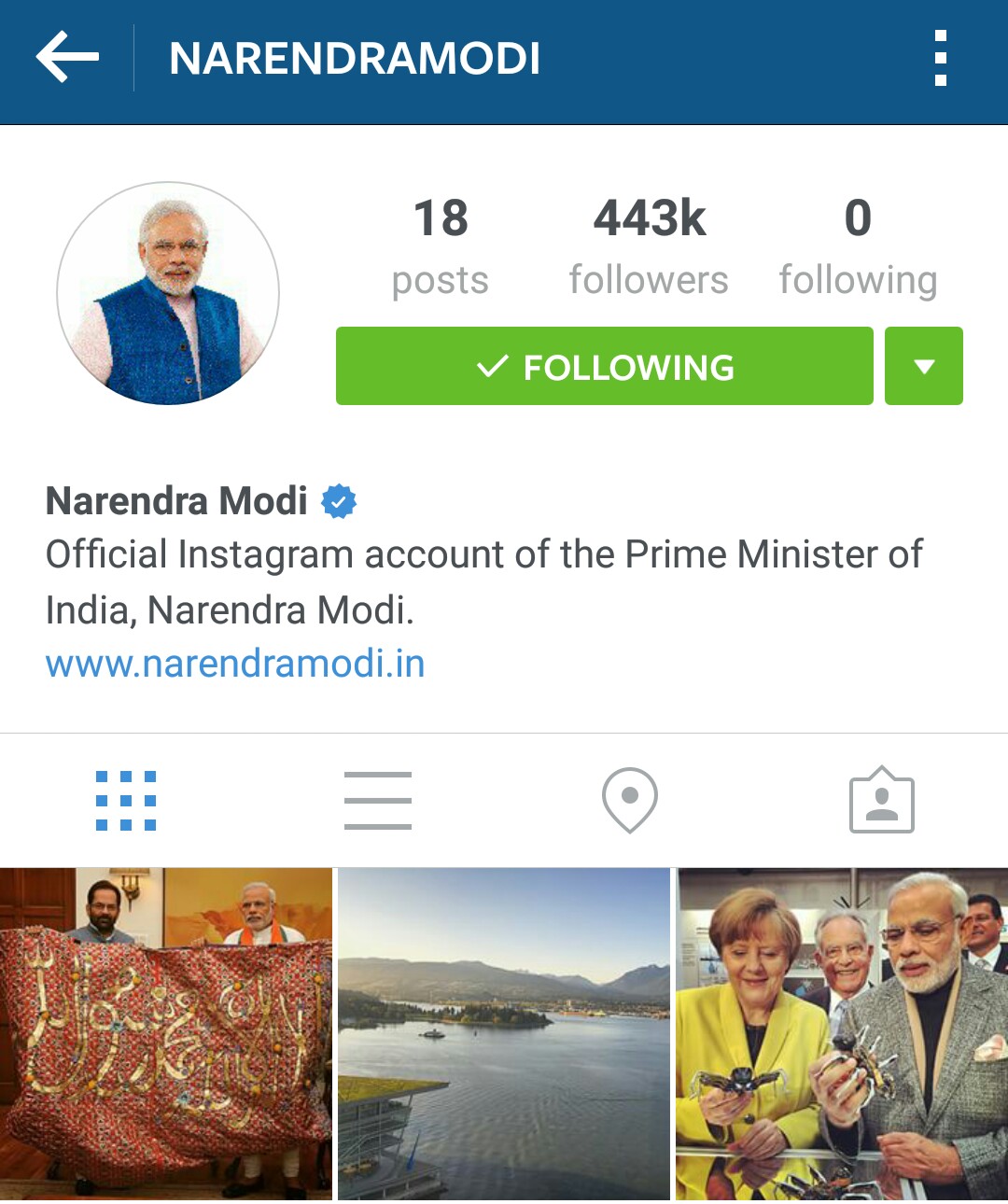 The map below indicates the global twitter reaction to the Lok Sabha election results in May 2014.