Modi vs Manmohan: Both Global Roamers 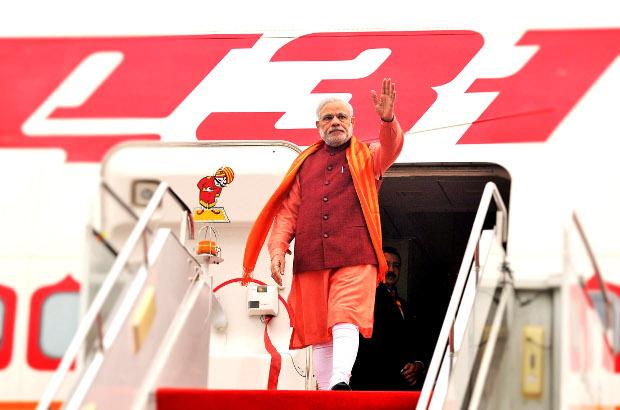 Prime Minister Narendra Modi is executing his “fast-track diplomacy”—as his government calls it—with gusto: Including his current China visit, he will have been abroad for 53 of 365 days in 17 countries during his first year as Prime Minister.

That’s not very different from Manmohan Singh, who spent 47 of 365 days in 12 countries during the first year of the second term of the United Progressive Alliance, or UPA-II (and 30 days during UPA-I).

Modi promised a strong foreign policy to the people of India after he took oath on May 26, 2014. The swearing-in ceremony was attended by leaders from eight neighbouring nations.

Here’s the most striking difference between the two PMs: Modi has made more state visits—official visits to countries—compared to summit-oriented visits by Singh.

Modi has been criticised for his foreign visits and days spent out of the country. But Singh was nearly as well travelled as Modi, in terms of days abroad.

In terms of visits by heads of states to India, Modi’s first year saw 23 visits compared to 30 and 29 visits during Dr. Singh’s first year of his first and second terms respectively.

Foreign exchange reserves in 2014-15 registered a growth of 12% over its previous year. The same saw an increase of 5% and 26%, respectively, during Singh’s first year of his two terms.

The National Democratic Alliance (NDA) government, under Modi, has restored some purpose and direction to India’s foreign policy, missing during the UPA’s second term, according to Dr. Uttara Sahasrabuddhe, professor for International Politics, University of Mumbai.

The breakthrough in the Indo-US nuclear deal during Dr. Singh’s first term was the chief highlight of his foreign policy. During his second term, foreign policy lacked direction, Sahasrabuddhe said, as his leadership was not accepted within the party and was largely driven by the bureaucracy, unlike Modi, who exerts greater control over foreign policy.