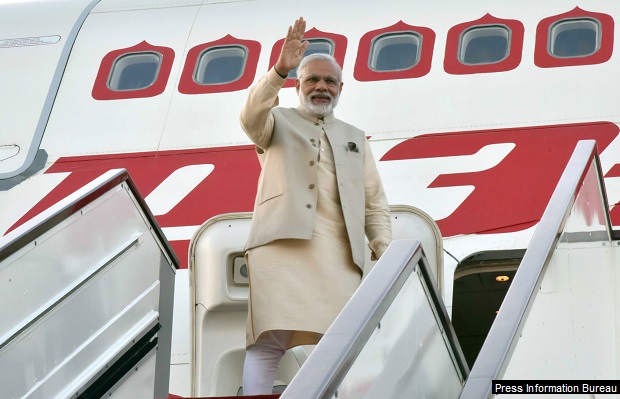 Prime Minister Narendra Modi visited 38 countries (visiting some countries more than once) making 19 international trips till June 8, 2016, traveling abroad for 97 of 743 days since he assumed office on May 26, 2014, according to IndiaSpend analysis of Ministry of External Affairs data.

Modi's predecessor Manmohan Singh visited 23 countries (visiting some countries more than once) leaving the country 17 times during his second term in office over a similar period, until June 8, 2011, traveling 76 of 747 days since he assumed office on May 22, 2009.

During his first term, Singh travelled for 64 days over a similar period, visiting 15 countries making 16 international trips (visiting some countries more than once) between May 22, 2004 and June 8, 2006.

Modi recently returned from a five-nation tour—Afghanistan, Qatar, Switzerland, USA and Mexico--which began on June 4, 2016. This was Modi’s fourth visit to US since he assumed charge as Prime Minister.

This is an updated version of the story 'Modi vs Manmohan: Both Global Roamers' published earlier on May 16, 2015. Read here.