Addressing an election rally in the state, Modi said after Uttar Pradesh, the maximum communal riots occur in Maharashtra.

“While the number of communal clashes declined from 2009 till 2011, it escalated again in 2012. The same is true for the number of people injured and killed due to riots. The trend shows that the number of incidents is reducing again this year,” the report had said.

Uttar Pradesh had the most communal riots and deaths, 482, as we said in an earlier report, Maharashtra was the second with more than 450 clashes and more than 75 deaths. 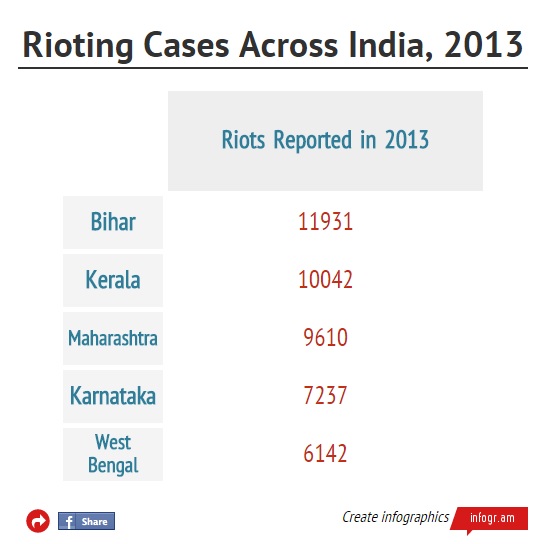