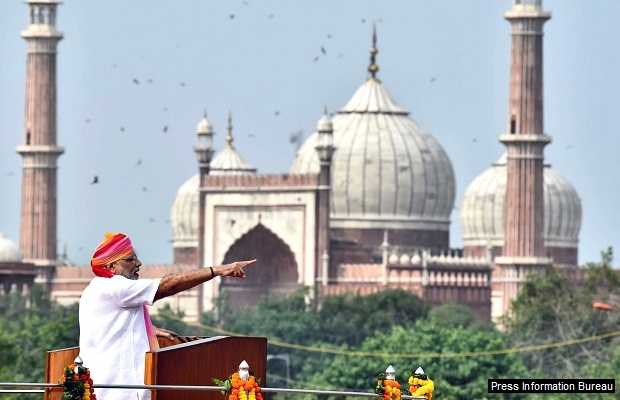 As Prime Minister Narendra Modi criticised Pakistan--without naming the country--for supporting terror groups, 671 infiltration incidents and 738 terrorist attacks were reported in Jammu and Kashmir (J&K) over the last three years, according to a government reply to parliament on July 19, 2016.

“During this period, more than 5,000 foreign terrorists were killed, which is almost equal to the strength of 5 Battalions," said Modi.

Terrorism has cost Pakistan $118 billion over the last 15 years in direct and indirect costs, according to Pakistan’s Economic Survey 2015-16.

“Pakistan forgets that it bombs its own citizens using fighter planes. The time has come when Pakistan shall have to answer to the world for the atrocities committed by it against people in Baluchistan and Pakistan-occupied Kashmir," Modi said on August 12, 2016.

As many as 351 incidents of violence were reported against minorities in Pakistan between 2012 and 2015, according to the 2016 report State Of Religious Freedom In Pakistan by Jinnah Institute, a public policy advocacy in Pakistan.

“Sindh and Balochistan, in particular, witnessed persistent targeted killings and bomb attacks against members of the Shia community. In Balochistan, anti-Shia messaging in public spaces and in the press continued with impunity,” the report said.

People in Balochistan had thanked him for standing by them, according to Modi.

In 2015, 247 civilians were killed in Balochistan, of which 114 were attributed to militant outfits and 143 were considered the work of the state apparatus and its surrogates, according to South Asia Terrorism Portal.