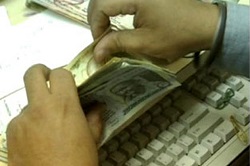 How honest are bankers as a tribe ? Okay, let’s put that question differently: who are the people who are most likely to commit fraud in a bank? To that, there is an answer emerging, at least in the Indian context.

At a recent public event, Dr K C Chakravarty, Deputy Governor, Reserve Bank of India (RBI) touched upon the subject of honesty among bankers and the need for vigilance against fraud.

He also urged tougher action against the higher-ups (meaning the chairman and/or equivalent bosses) than lower level officials.

Chakravarty was delivering the keynote address at a seminar organised by the Centre For Integrity, Governance and Training on Vigilance Administration recently.

Now, let’s see what the data is telling us. A study conducted by the RBI’s Department of Banking Supervision unearthed 68 frauds above Rs50 crore involving 230 accounts and Rs 15,677 crore as on September 30, 2013.

Chakravarty highlighted the vigilance failure by pointing out the high number of high value advances-related frauds in public sector banks.

He then quoted an interesting statistic: “Our analysis suggests that of 719 officers found accountable in 230 large value fraud accounts, 426 officers were up to the rank of Senior Manager, 196 officers were Chief Managers and AGMs, 94 officers were of the rank of DGM, GM and CGM and only 3 officials were from the top management and the board of directors.

This statistic highlights, he said and we would principally concur, the skewed nature of the punitive vigilance process and its tendency to focus on the lower level functionaries. 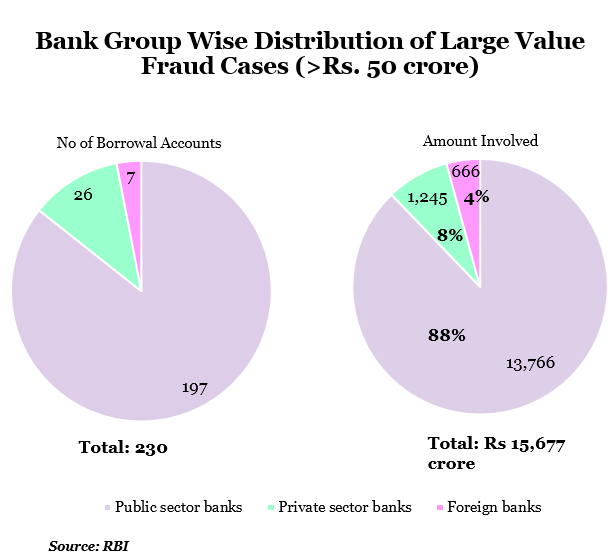 Another observation: over 67% cases involving Rs 10,596 crore was crystallised as frauds only after 5-10 years! 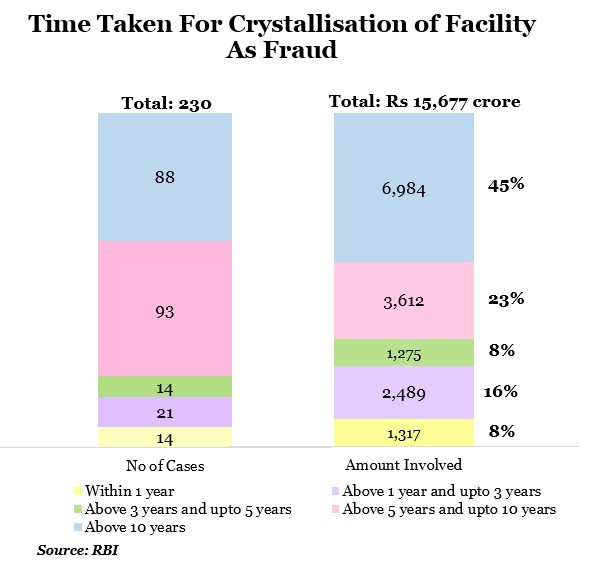 There was another problem - disconnect between punishment and offence. “We observe that in public sector banks, most officials found liable were let off with minor penalties- caution, warning, censure, and stoppage of increments for limited period etc”.

He said this sure sent out a message –but of passive tolerance rather than active intolerance towards misconduct!

Incidentally, private and foreign banks operating in India adopt a no- nonsense approach as reflected by the quantum of penalties imposed for similar misdemeanours including dismissal from service, Chakravarty said.

Chakravarty highlighted another interesting aspect of present-day banking at another event recently – technical write-off by banks and then proceeding to recover them. He also said banks have written off over Rs2 lakh crore over the last 13 years and 95% of these waivers were for large borrowers!

Finding out the identity of the large borrowers would be an interesting exercise in itself and revelatory in some parts. That’s for a later instalment though.