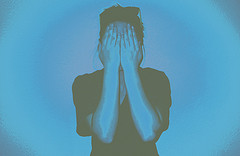 Last year, this day, December 16, 2012, a 23-year-old trainee physiotherapist was raped in a private bus in Delhi. She subsequently died of her injuries. More recently, an aspiring photojournalist was gang-raped at Shakti Mills in Mumbai.

The rising incidences of rape in India have caused alarm bells to ring all over. A Justice Verma Committee appointed after the Delhi rape case has submitted a report on how to increase protection for women across the country. It is now well established that in most cases, offenders were known to their victims. IndiaSpend had earlier reported that in 98% of the cases (2012), the victims knew their offenders.

The Chart is best viewed in Full Size. Click here to open in new tab.

In fact, a few states/union territories have seen more than a 100% increase in reported rape cases in the past decade. Some of these are Meghalaya, Goa, West Bengal and Karnataka.

For our analysis, we calculated the numbers on a per capita basis against the population of women in each state. Here we see that Meghalaya reported 11 cases of rape per 100,000 women in 2012 as against 2.3 cases in 2001, an increase of 389%, though the percentage figure can be a little misleading. States like West Bengal and Punjab reported a sharp rise of 151% and 98%, respectively.

While the all-India number of cases stands at 4.2 per 100,000, there are 23 states whose per capita rate is higher than the all-India average.

Interestingly, five states have seen a fall in per capita cases over the last decade. They are Uttar Pradesh, Bihar and Chhattisgarh reporting a fall of 17%, 17% and 12% respectively.

More recently, in 2012, Punjab reported a sharp 42% increase to 5.2 per 100,000 cases from 3.7 in 2011. While these trends suggest an increase in crimes against women, many studies and surveys suggest that there are thousands of cases that go unreported. The challenge is both to ensure better reporting and deterrence to commiting the crime itself.

How To Use The Chart

Readers can use the interactive element in the chart (Read: States & Years). For example, you can click on the "Year" tab on the top right hand corner and choose the years for which you want to see the data.

The map will refresh and will show the data for those years. In addition, one can also select one or more states and compare their trends for multiple years. E.g.: select Madhya Pradesh, Goa & Delhi for Years - 2002, 2003 and 2012 to see the trend.

How We Arrived At These Numbers

We have sourced the data from Data.gov.in and it is for “Crime (Rape) against Women during 2001-2012”. The numbers have been calculated on a per capita basis.