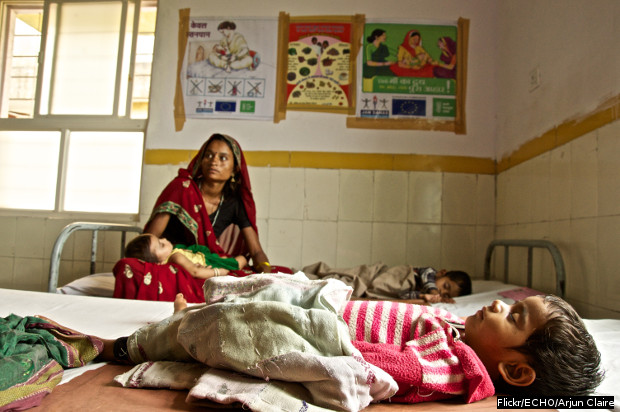 Between 2006 and 2014 in India, stunting rates for children under five declined from 48% to 39%, there was a 35% reduction in the number of underweight children, but India is still home to more than 40 million stunted children and 17 million wasted children under 5 years of age.

These are the conclusions of the India Health Report for Nutrition Security in India 2015 released on December 10 by the Public Health Foundation of India (PHFI).

IndiaSpend compared a sample of children under five across nations with similar incomes. We found that our south Asian neighbours, Bangladesh, Afghanistan and Pakistan have a higher population of underweight children.

But India's problem is its 1.2 billion people, which means it still has more wasted (underweight and short), stunted (below normal height for the age) children than any other country.

The improvement in child health statistics is evident from data from the National Family Health Survey, held at an interval of 10 years between 1995-96 and 2005-06, and the latest Rapid Survey on Children 2013-14 (RSOC).

The PHFI nutrition study concludes that rising incomes and growing agricultural productivity over the past two decades have contributed to the decline in undernutrition rates.

But poverty is widespread, and cultural practices and food habits, class and caste divides and income inequalities are leading reasons for undernutrition, according to the study.