Malnutrition Continues To Be Key Challenge For India 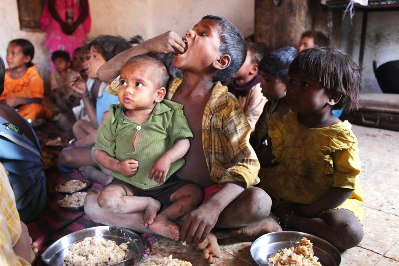 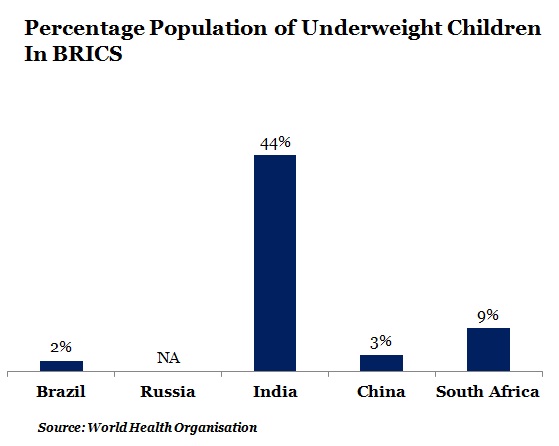 United Nations defines underweight children (or malnutrition) as the percentage of children aged 0-59 months whose weight for age is less than minus 3 standard deviations below the median weight for age of the international reference population. 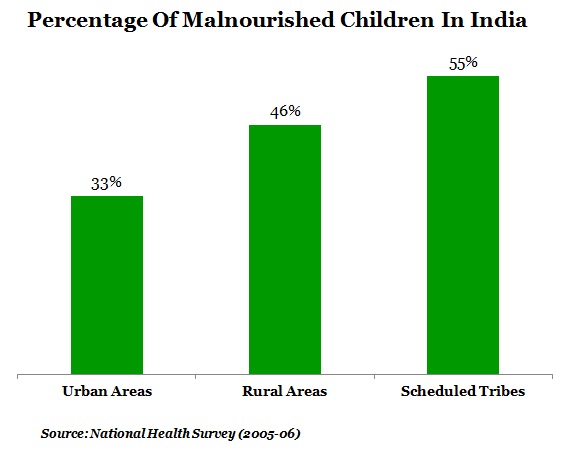 The following table shows the top 5 and bottom 5 states based on underweight children. 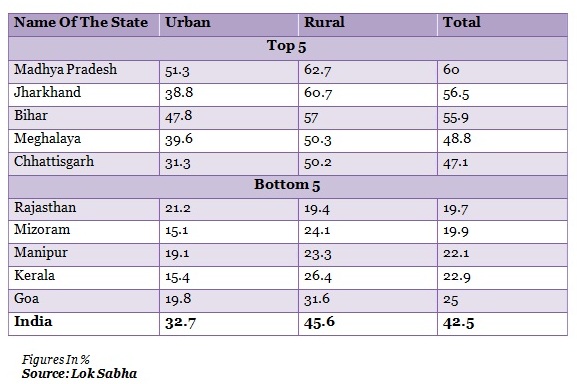 It is shocking to know that in the top 3 states (Madhya Pradesh, Jharkhand and Bihar),more than 50% of children (i.e. half their population of under 5 years) are malnourished. The highest number (63%) of underweight children in rural areas is in Madhya Pradesh and the lowest (19%) is in Rajasthan.

Another factor for malnutrition among children is access or lack of access to pre-natal care for the pregnant mother. Around one-third of adult women are underweight and the lack of health care and nutrition, especially for pregnant women, results in low birth weight among babies. Around 30% of all newborns have low birth weight, making them vulnerable to further malnutrition and disease. The following graphs show the state-wise percentage of underweight women (age 15 - 49 yrs). 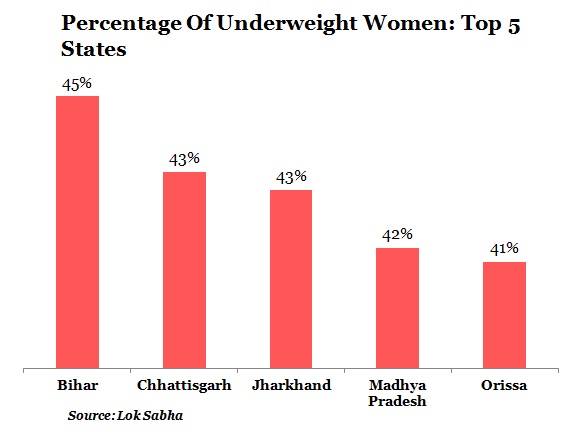 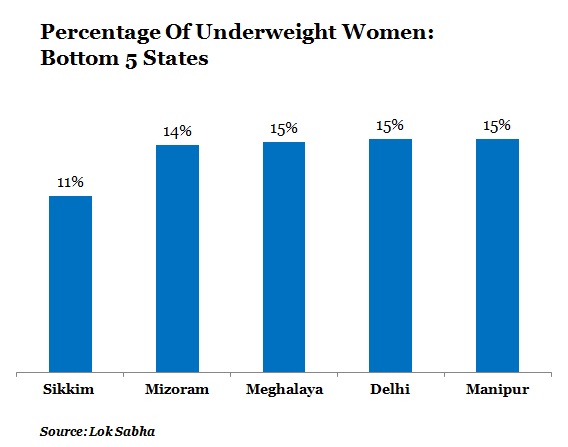 Bihar has the highest number of women with chronic energy deficiency (age 15 - 49 yrs) with 45% and Sikkim has the lowest percentage with 11%.

Here is the break-up of funds received for direct interventions: 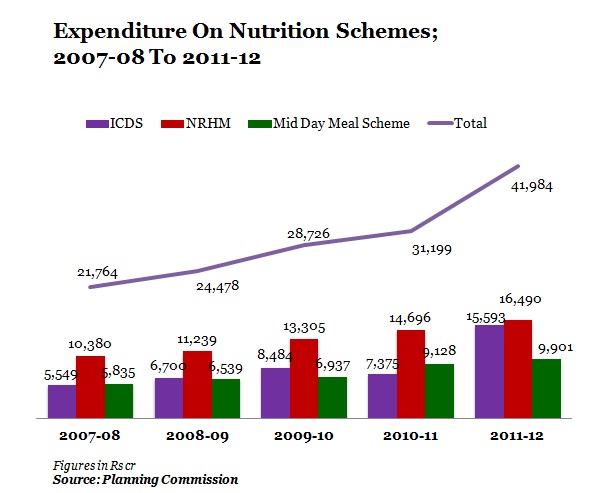 Let us now look at the health-oriented schemes: The ‘Sabla’ scheme was launched in 2011-12 to provide an integrated package to adolescent girls, which includes nutrition, micro-nutrient supplementation and health check-ups. A total of Rs 787 crore has been released for 2010-12. And the IGMSY scheme was launched to address malnutrition among pregnant women.

Despite increasing expenditures for health and nutrition, malnutrition continues to be high in India, especially among children and women. And it seems India is all set to miss the Millennium Development Goals (2015) set by the UN on reducing child and maternal mortality.

Vitamin A deficiency is one key area the government is focusing on to improve the health of children and reduce the cases of malnutrition. We will be looking at more details on the government programmes in this area soon.