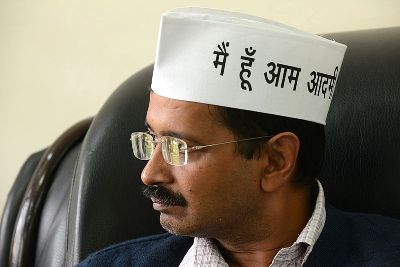 The national capital of Delhi came to a stand-still on 20th January, 2014 after Chief Minister Arvind Kejriwal and his supporters from the Aam Aadmi Party (AAP) held a ‘dharna’ (protest) for more than 30 hours.

One of Kejriwal’s main reasons for staging the protest was to bring the Delhi Police under the state Government as opposed to the current practice of reporting to the central Government.

Out of the 7 union territories, only NCT of Delhi and Puducherry have legislative assemblies.

The police forces of Delhi and Puducherry report to the Lieutenant Governors who reports directly to the Union Home Ministry. In other states in the country, the police department reports to the State Home Ministry and the Chief Minister.

As you can see from the data, during 2013-14, the Delhi Police Budget is almost 11% of the total state budget. If put under the state’s control, the running of the Delhi Police would be a huge drain on the state’s finances and measures would have to be put in place to generate additional revenue or curb spending on some schemes.

IndiaSpend looked at the police strength and the total number of crimes committed in 7 union territories. Understandably, Delhi has the largest force with 75,169 policemen. Chandigarh has about 7,308 policemen.

Strength Of Police Force Vs Population Of Union Territory 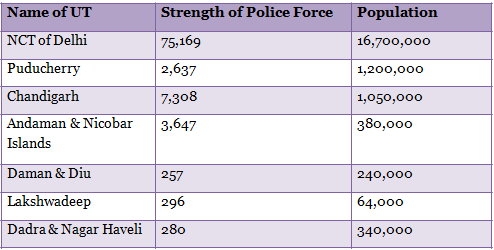 A study of data released by Bureau of Police Research and Development (BPRD) shows that, in 2012, each policeman in Delhi had a population of about 253 people to look after. And there were over 60,000 crimes that year. This is, of course, the aggregate number, and may not cover policemen on VIP duty and the like.

The table below also shows a comparison to some of the bigger states.

Population Per Policeman Vs Total Crimes 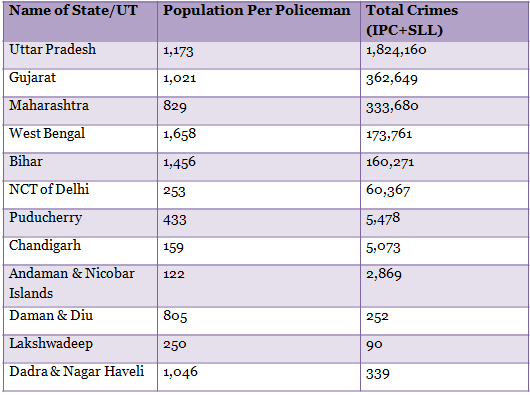 Let us now look at NCT of Delhi and Mumbai. What is interesting to note is that a single policeman is responsible for about 253 people in the nation’s capital and there were 60,367 crimes committed in 2012. However, in Mumbai, a single policeman is responsible for 349 people and the total number of crimes committed in 2012 was 35,648.