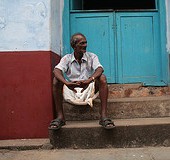 The "middle class" feels that the Government must make annual income of Rs 3.78 lakh totally tax-free since Rs 31,500 is needed for an average quality of life for a family of four people.

This was one of the key findings of a nationwide, pre-budget survey done by C-Voter. Finance Minister Arun Jaitley will present the first union budget of the Bharatiya Janata Party-led National Democratic Alliance (NDA) Government on July 10.

Now, here is something to cheer about for the Government. While only 11% of those surveyed in 2013 had said the tax money was being properly utilised, the number has doubled to 22% in 2014 - a 100% increase! And 57% of those surveyed last year felt that the tax money was not being properly utilised, and the ratio declined to 44% this year - a sharp drop of 13%. So, people are now feeling that the taxpayers' money is being used wisely by the Government.

Savings continue to be a worry for people: nearly 80% of those surveyed said they were not saving enough for a secure future, down from 84% in 2013.

And here is something to ponder over for the Modi Government: 47% of those surveyed felt inflation will not come down after the budget but this is a huge drop from 83% last year.