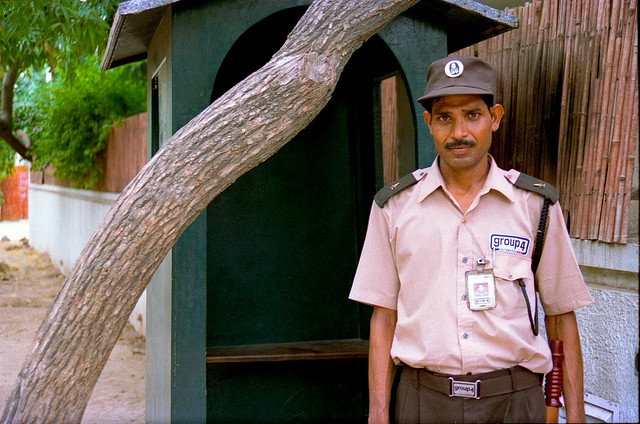 During his triumphal speech to the Indian diaspora at Madison Square Garden in New York last week, Prime Minister Narendra Modi spoke of the talent of Indian youth, exemplified by the success of the Mars Orbiter Mission.

India, Modi said, could emerge as a global supplier of skilled workers, such as nurses and teachers.

But even if that happens, as it did with IT engineers, it emerges that over the next eight years, India itself needs construction workers, maids and other domestic staff, security guards and other informal-sector workers than than those with developed-nation skills, according to this report by the National Skill Development Corporation (NSDC), a public-private partnership under the aegis of the Ministry of Finance.

Currently, only 2% (nearly 9 million) of Indian workers are formally skilled, and the future portents are not good: To train skilled manpower, net enrolment in vocational courses in India is about 5.5 million per year, compared with 90 million in China and 11.3 million in the United States.

India’s favourable demographics are frequently discussed. The average age of the Indian population, in 2020, will be 29 years, younger than China and the US at 37 years and Western Europe at 45. According to this government report, the proportion of working age population will increase from approximately 58% in 2001 to 64% by 2021. This vast opportunity is rapidly become a monumental challenge.

“In the glitz and glamour of these numbers, one often chooses to ignore that in today’s era of knowledge-based economy, quality of workforce is more important than quantity,” said this 2014 India Skills Report commissioned by the Confederation of Indian Industry (CII). “In fact having a lower head count of skilled manpower is much better than a manpower whose larger portion is unemployable. Considering the present situation, this is the future India is rushing towards.”

So, let us now look at the workforce required across various industries in India by 2022.

The projections envisage that the infrastructure sector will require 103 million workers by 2022. The informal sector—which presently employs more than 90% of India’s workforce—with 38 million would be the second-largest generator of jobs, followed by textiles and clothing at 26 million.

What are the government’s plans to train Indians for the emerging job market?

Let us now do a reality check. How many people have been trained over the last three years?

“However, the success of these efforts without active involvement of ‘Actors’ of this process is doubtful,” the CII report said. “Thus sincere efforts to ensure partnership between the source of skills (colleges, students etc.), and their destination (the corporate) are a must.”

The bulk of India’s workforce, about 93%, works in the unorganised sector due to a lack of formal training. By way of comparison, 96% of the workers in South Korea receive formal training, 80% in Japan, 75% in Germany and 68% in the United Kingdom.

The NDA Government, in its maiden budget, came up with a new initiative called Skill India, emphasising youth employability and entrepreneurial skills. It is, as yet, unclear how India will be transformed into an economy with full-fledged employment—and a global supplier of skilled workers.