Delhi, Haryana, Tamil Nadu and West Bengal have reported two deaths each, and Andhra Pradesh has reported one. 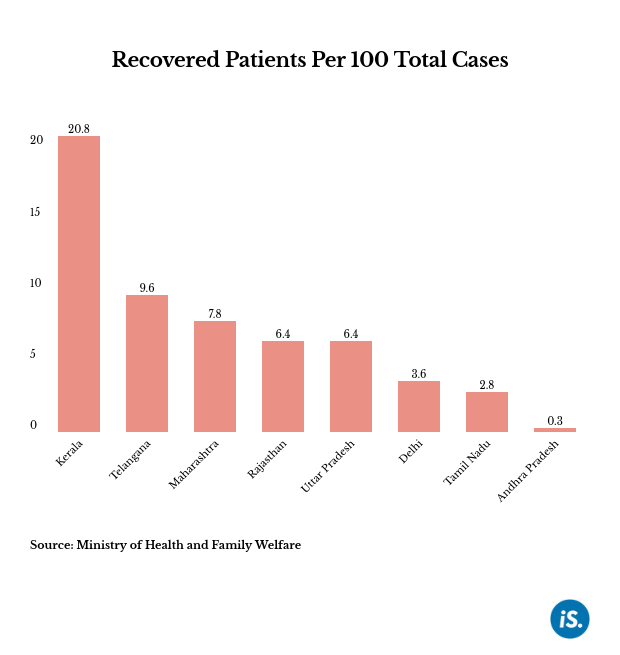 Recoveries are partly dependent on the duration since cases were reported. Andhra Pradesh, Delhi, Tamil Nadu and Telangana have reported a large number of cases recently.

This is lower than the positives confirmed for the US and Italy which are at 19% and 18%, respectively. 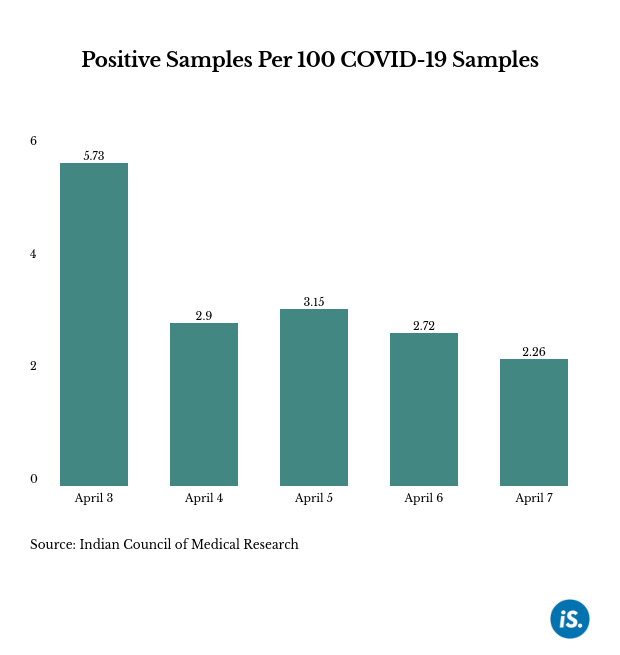 The number of positive samples per 100 samples has ranged from 2.3 to 5.7 from April 3 to April 7, based on available ICMR data.