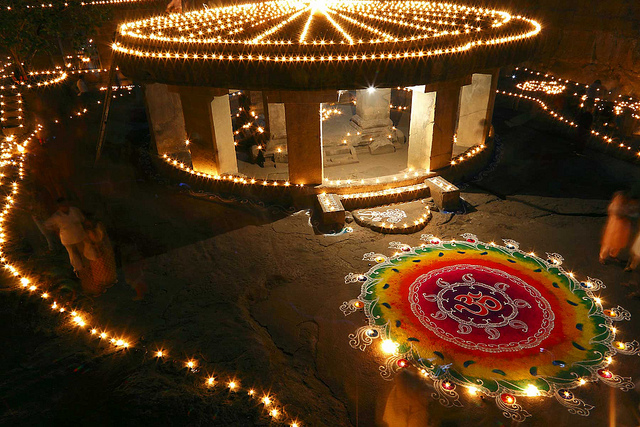 The most intriguing question in political sociology is: How does an individual voter make a decision as to whom to vote. Hundreds and thousands of research papers, field commentaries by reporters and hypothetical analysis by commentators have been published so far, without any convincing and universally applicable conclusion.

What is also not clearly established is whether there are clearly defined vote banks on the basis of caste and creed, religion and language, region and communities. Lok Sabha constituencies have, on average, 15 to 18 lakh voters (1.5 million to 1.8 million). That is too huge a number to divide into possible vote banks or sub vote banks. The average assembly constituency has about 2.5 to 4 lakh voters, relatively easier to break down in socio-economic and cultural-religious-linguistic clusters.

The assembly elections in Maharashtra can be looked at from the micro-cluster view.

Though political parties in Maharashtra do not "officially" say which castes and communities they represent or seek votes from, there are perceptions, which are partly misleading, but overall they give a realistic picture. But when the parties with identical caste community base are divided, as they are today, the so-called vote banks also get splintered. And that is why, in this election, it is extremely difficult (and therefore risky) to predict the results in terms of number of seats.

For instance, if there is a simple Hindu vote consolidation, as sought by RSS chief Mohan Bhagwat, on the basis of the presumed Hindutva wave, then the BJP alone would get about 80 per cent vote. Similarly, if there is a Modi wave, sweeping the state, the BJP should receive nearly the same vote, since Modi is believed to be integrating development and Hindutva, his USP.

But such a vote bank has not so far been reflected in the votes. In the Lok Sabha elections, the Modi-led BJP received 31% of the vote, which means 69% of the votes went to other parties. The NDA received 39%, which also means 61% went against the NDA.

In Maharashtra, the Narendra-Modi factor as an exclusive element cannot exist, although he has planned 22 public meetings across Maharashtra. There are hoardings all over the state, with huge pictures of Modi projecting himself as a historical-political heir of Shivaji Maharaj. But going by field reports, this campaign is not going in his favour.

In fact, Modi as Prime Minister and BJP President Amit Shah, both Gujaratis, seem to have consolidated the Marathi vote bank in Mumbai, Thane, Palghar and Konkan region. This statement has basis in the fact, if we analyze the last assembly and corporation elections. This region has 100 seats, that is one-third of the assembly of 288. 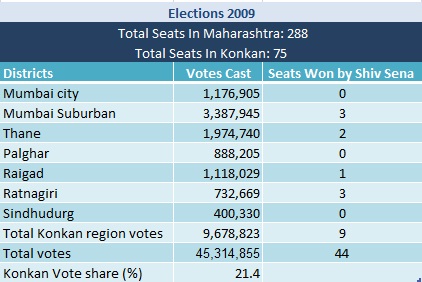 If the Shiv Sena establishes a clear lead in this belt, It would be difficult to dislodge it from the number-one position. That no party will get a clear majority (145 seats) is clear and hardly requires any deeper statistical support. The BJP has always been totally dependent on the Shiv Sena in this belt, even when they fought elections as part of an alliance. The Congress and the NCP have no base in the city. Mumbai's consolidated Marathi-speaking population, although widely distributed in the suburbs, is 38%.

In Thane, Palghar and Konkan, almost 90% are Marathi-speaking communities. The Shiv Sena has its roots in this region, and although the saffron alliance did not come to power for the past 15 years, this Sena base has not been substantially eroded. The Congress and the NCP could get more seats in the Western and Southern Maharashtra, primarily because of the cooperative and sugar belt network in the region.

This network is primarily of the Maratha caste. The Marathas constitute 35 per cent of the state's population. But the sugar industry and its derivative supporting activities are controlled by about 150 families, which have become dominating dynasties. Over the period, as the sugar industry came in crisis, and the cooperative movement weakened, the Marathas began to get disillusioned with the Congress.

That is when the community began to look for other political options. Those local Maratha leaders who had nothing to lose if they broke the ranks, began to migrate to other parties, like the Peasants and Workers Party, Swabhimani Shetkari Sanghatana or even to BJP or occasionally Shiv Sena.

Realizing that the Maratha vote bank is disintegrating, the Congress-NCP Front decided to grant give reservation to Marathas, on the lines of Jats in Rajasthan. But that incensed the Other Backward Castes(OBCs), and the Congress lost their political support. Some of them went over to the BJP, particularly under the leadership of Gopinath Munde, who was Vanzara, an OBC. That is why the death of Munde has hurt the BJP immensely. He was able to mobilize support of disgruntled and disadvantaged Marathas. After his death, the face of the BJP leadership is essentially Brahmin: Nitin Gadkari, Davendra Phadanvis and Prakash Javdekar. With its top leadership Gujarati and local leadership predominantly Brahmins, old hostilities could surface.

The progressive movement, which campaigned for the creation of Maharashtra, had a slogan: "Eliminate the Sethji-Bhatji", the oppressive nexus that controlled Maharashtra. The Sethji meant the Gujarati-Marwari-moneylender-trader community. Today, after nearly 50 years, the Shiv Sena seems to be picking up those threads, quietly campaigning against the Gujaratis who control the business interests, and Sharad Pawar seems to be re-paraphrasing the anti-Bhatji slogans.

Maharashtra is set for political, social and cultural fragmentation, as there appears to be no leader who can integrate its people.

(Kumar Ketkar is a political commentator and analyst)