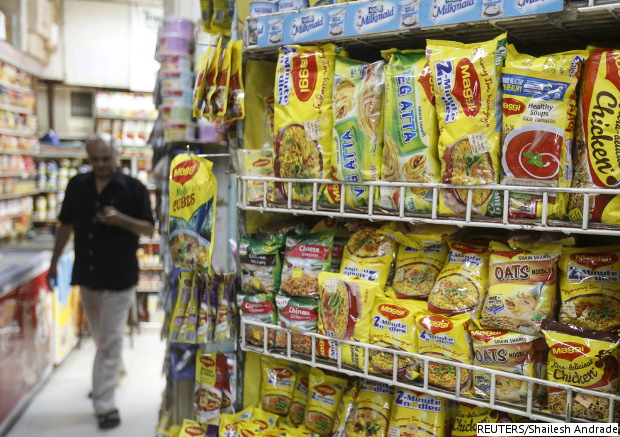 As you can see, we are surrounded by food that is contaminated, adulterated and does not meet Indian safety and packaging standards. What we have presented to you is only a sampling of recent studies on Indian foodstuff.

Why Maggi hit the headlines

Maggi two-minute noodles are only the latest to be found violative of food-safety standards. Maggi's case--given its popularity--is playing out in a blaze of publicity, as more states ban the noodles and has now been withdrawn from the Indian market by its manufacturer Nestle India.

“The trust of our consumers and the safety of our products is our first priority. Unfortunately, recent developments and unfounded concerns about the product have led to an environment of confusion for the consumer, to such an extent that we have decided to withdraw the product off the shelves, despite the product being safe,” said an official statement by Nestle India.

“This is a very serious issue as it concerns the safety of consumers. Therefore, for the first time, the government has suo motu complained to the Consumer Commission to take cognisance of the matter on behalf of a class of consumers,” Consumer Affairs Minister Ram Vilas Paswan said.

The permissible limit of lead in food items like Maggi is 2.5 parts per million (ppm), according to Food Safety and Standards (Contaminants, Toxins and Residues) Regulations, 2011. Maggi samples analysed by UP FDA were found to have lead concentration at 17.2 ppm, raising fears of possible lead poisoning among consumers.

Since health is a state subject, states have their own FDAs to test if foodstuff adhere to safety regulations laid down by Food Safety and Standards Authority of India (FSSAI).

Lead isn't only in food

But foodstuff isn't the only thing that violates safety standards. The air you breathe, the water you drink, even your walls could hold the main toxin that Maggi noodles are suspected to contain.

A third of enamel paints analysed had lead concentration above 10,000 ppm, 111 times more than Bureau of Indian Standards (BIS) standards of 90 ppm, according to a recent study by Toxics Link, “Lead in Enamel Household Paints in India in 2015”.

The study tested 101 enamel paints, of which 32 paints revealed high lead concentrations. All 32 paints were made by small and medium enterprises.

Lead (and other carcinogenic heavy metals) has also been commonly found in everything from spinach in Delhi and Nagpur to brinjal, tomato and beans in West Bengal. Indeed, there are few vegetables that do not display lead contamination, primarily deposited from vehicular exhaust, as this 2013 study of carrot, radish, beet, cabbage and other vegetables in West Bengal revealed.

Unclear how MSG crept into Maggi

Besides lead, high levels of added monosodium glutamate (MSG), a taste enhancer, was also found in Maggi. MSG is widely used in what is called “Indian-Chinese" food.

MSG should not be added to “pastas and noodles (only dried products)”, according to Food Safety and Standards Rules, 2011.

Glutamate is one of the most common, naturally occurring non-essential amino acids, which is found in tomatoes, parmesan cheese, potatoes, mushrooms, and other vegetables and fruits.

MSG is “generally recognised as safe” by U.S Food and Drug Administration, though it is considered harmful in India.

Major complaints arising from MSG use include burning sensations of the mouth, head and neck, headaches, weakness of the arms or legs, upset stomach and hives or other allergic-type reactions with the skin.

Maggi is the most recognisable instant noodle brands in India, commanding a 70% share. This could justify the nationwide uproar against revelations of adulteration. This also raises fear of several other food items being adulterated.

Detection is crucial to counter the growing problem of food adulteration, but the country has not established enough testing laboratories.

India, as this IndiaSpend report shows, has only 148 food-testing laboratories.

So, while products are violating safety norms, government agencies have cracked down on violators. The number of convictions in food-adulteration cases increased from 764 in 2011-12 to 3,845 in 2013-14, a 403% rise.

As the data show, it isn't close to adequate. ¦

Update: The story has been updated to reflect the correct number of people per food-safety laboratory in India.