By reporting 133 cases today, Madhya Pradesh has taken its tally to 1,120 and become the fifth Indian state--and the fastest--to detect more than 1,000 COVID-19 cases. 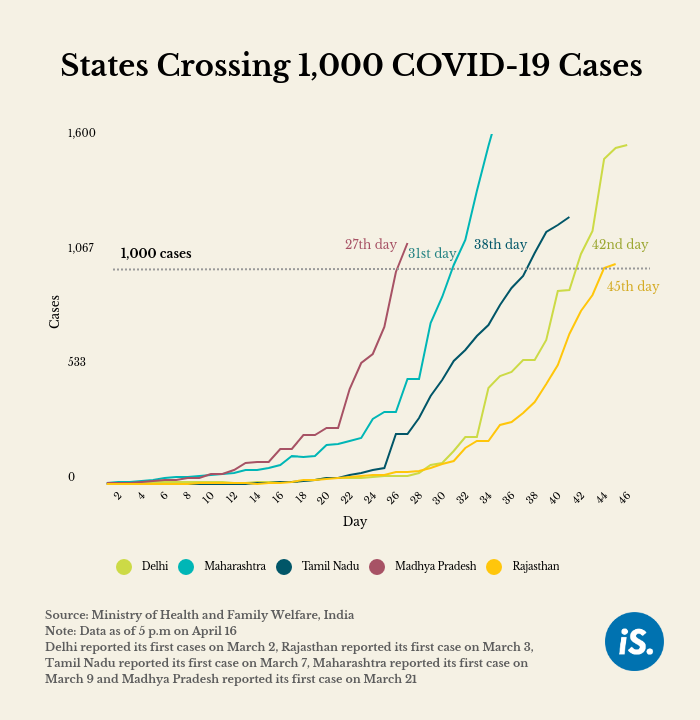 Assam, which has the most cases in the northeast (33), has reported its first recoveries (5) today. All the states in northeastern India have detected a case except Sikkim. A case earlier reported to be from Nagaland has been shifted to Assam.

There are 27 districts where no new COVID-19 cases have been detected in the last 14 days. Mahe in Puducherry has not reported any in the past 28 days, said Lav Agarwal, joint secretary of the health ministry.

Tamil Nadu (22 districts) has the most districts that have large COVID-19 outbreaks, as per the health ministry’s list of hotspots in the country. It is followed by Andhra Pradesh, Maharashtra and Rajasthan (11 districts each). 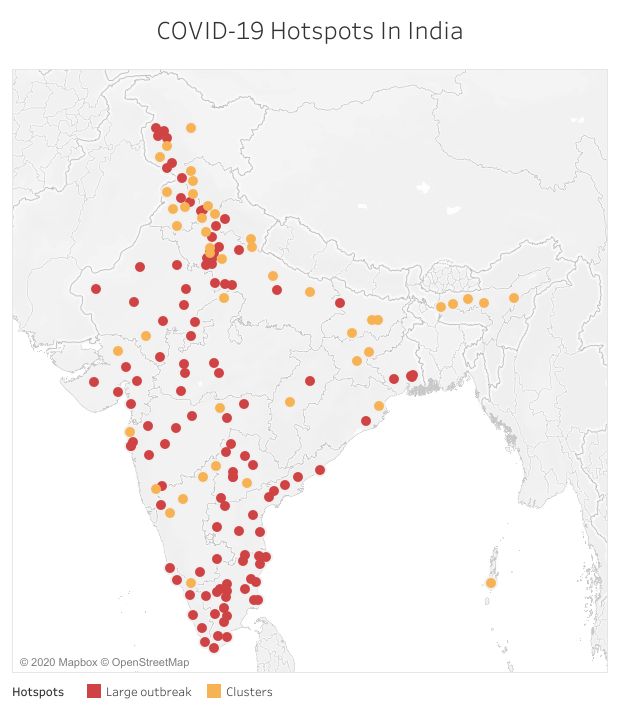 “Working in one shift, more than 42,400 samples can be tested per day; if we work in two shifts, we will be able to test more than 78,200 COVID-2019 samples per day,” he added about the testing capacity in ICMR centres.

Half a million rapid antibody testing kits have arrived in India. These are not for early diagnosis but for surveillance of hotspots, ICMR noted.