Madhya Pradesh: How Agriculture Can Be A Growth Spoiler 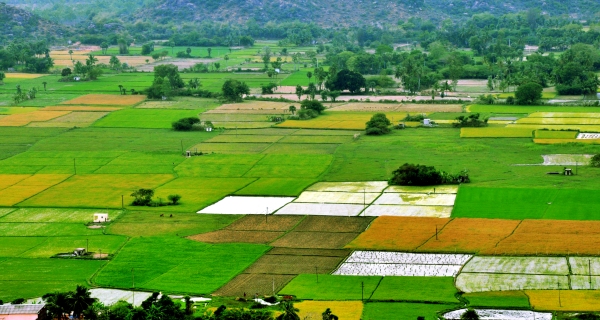 The role of agriculture in India’s economic growth is amply discussed and well documented. While breaking down growth state-wise - not an exercise many embark on - it becomes clear how important this facet is, particularly when there are high expectations of strong national GDP growth.

IndiaSpend’s Dhritiman Gupta looks at Madhya Pradesh (population: 72 million) to discover just how badly an Indian state’s economic prospects could be affected without steady agricultural growth, whether or not industry does well. This is something that most policy planners would know but may not be apparent to all.

More than 75% of Madhya Pradesh’s population resides in villages, deriving its livelihood from agriculture. In fact, over 2000-04 and 2005-06, industry recorded a negative growth rate while agriculture stagnated.

Let’s first look at annual GDP growth rates since 2000. Then we will look at the composition of the growth. For purposes of comparison, we will take an ‘advanced state’ Maharashtra, a relatively ‘backward’ state Bihar and a ‘similar’ state, Rajasthan.

Improvement over the periods

The first thing to take away is that growth rates in Madhya Pradesh have never been steady. In fact they have always fluctuated wildly. The period 2000-05 saw 2 periods when GDP shrunk.

Since 2005, growth rates picked up but they are still unsteady. Similar fluctuations have been seen in Rajasthan and Bihar’s numbers from 2000 to 2005. Since 2006, however, Bihar has consistently recorded double-digit growth rates.

Maharashtra, on the other hand, has shown steady growth since 2001-02. The only real blip in its growth record is the year 2008-09, when India was hit by global recession.

So what could explain such fluctuations in growth? Why is Bihar doing better than Madhya Pradesh? Why is Rajasthan not doing as well as Madhya Pradesh? Before trying to answer all these questions let’s look at how MP improved its numbers.

State-Wise Agricultural Growth, Or Not

A look at the table helps us understand why growth rates have been fluctuating in Madhya Pradesh as well as Rajasthan and Bihar.

Moreover, a comparison of Table 1 and Table 2 shows that growth rates have plummeted in the years when agriculture has suffered.

In fact MP’s agriculture growth rates have dropped from 3.8% over 1996-04 to 0.8% since 2004. Rajasthan suffered a similar fate while Maharashtra and Bihar improved their numbers. Bihar improved its agricultural growth rates from 5.9 over 1996-04 to 8.1 % since 2004. But still yearly fluctuations persist, exposing farmers to the vagaries of nature.

In theory, industrial growth is more dependable than agriculture. But industry in Madhya Pradesh has been consistently recording negative growth rates over 2000-04, an average of -4.4%. Bihar and Rajasthan had figures of -4.7% and -0.9% respectively for the same period.

However, since 2004, all these states have reported consistent and positive industrial growth. Over 2004-09, industry in Madhya Pradesh grew at 6.73%. The figures for Bihar and Rajasthan are 5.8% and 7.7% respectively. This explains higher and steadier overall growth numbers in the states since 2004-05.

Now let’s look at the general condition of Madhya Pradesh’s populace. First up, let’s take a look at the per-capita incomes.

How Per Capita Income Grew In Four States

The per-capita income for Madhya Pradesh has doubled since 2000-01. This is good. However you should compare Maharashtra, which despite having started on a higher base almost tripled its citizen’s income. Incidentally, Gujarat has more than tripled its per-capita income over the same period.

Except Bihar all other states have done a commendable job in reducing poverty. The best performer was Maharashtra which not only reduced the poverty rate by 13.7 percentage points but also the absolute number of poor people by 12.2 million. Bihar was the worst performer.

Madhya Pradesh reduced it poverty rate by 11.9 percentage points. The state reduced the number of poor people by 5.4 million.

Let’s see how Madhya Pradesh is doing on the literacy front.

Madhya Pradesh ranked 28th out of 35 states and Union Territories when it came to literacy rates in 2011. It recorded a 6.9 percentage point improvement over the last decade.

The best improvement was recorded by Bihar with a figure of 16.8 percentage points. But this is on account of the lower base Bihar was on in 2001.

Let’s see how Madhya Pradesh fares when it comes to Life Expectancy.

Besides since 2001-05, Madhya Pradesh has not been able to add much to the years of its citizens. To be fair neither has any other state. But Madhya Pradesh evidently needs to look at and invest more in its health sector.

MP is weaker than most big states on social indicators. It has never been a steady performer on the growth charts. Importantly, a state’s GDP figures can go totally awry if agricultural growth is not playing a supporting role. Cumulatively, this does not augur well for national GDP.

Agriculture after all is dependent on good monsoons and the like. That’s the good and bad news when it comes to the states. MP is only the worst hit.