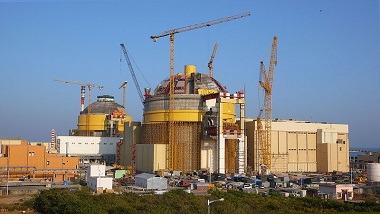 Nuclear power plants are being mothballed in many parts of the world, a trend triggered by the Fukushima disaster in Japan. Not just Japan but even countries like Germany have set aggressive targets to reduce their dependence on nuclear power. Germany, for instance, is planning to shut all its 17 nuclear power plants by 2022.

India is one among few countries where nuclear power generation capacity is still being added and aggressively so. Moreover, as this report will point out, nuclear power plants are also earning handsome returns for its owner, the Government of India.

The state-owned Nuclear Power Corporation of India (NPCIL) recently commissioned a 1,000 MW nuclear power plant in Kudankulam at the southern most tip of the country. At last count, five more plants were on the anvil, including one on the ecologically sensitive west coast of India.

India had a total installed power capacity of 2,25,793 MW at the end of June 30, 2013. Of this, nuclear power accounted for 4,780 MW. The 20 nuclear reactors across the country are run by the NPCIL, which technically reports to the Department of Atomic Energy.

Let us now look at the financials of NPCIL for the last 5 years:

NPCIL is in the process of operationalising the Kudankulam plant in Tamil Nadu, which will be India’s largest single power unit (2x1,000 MWe). Six reactors with an aggregate capacity of 4,800 MW are under various stages of construction and commissioning.

As per Central Electricity Authority, the tariff of different plants of NPCIL varies between 92 paise and Rs 3.40 per KWh.

Power Minister Jyotiraditya Scindia, while answering a question in the Lok Sabha recently, said the weighted average rate of sale of power from nuclear plants in 2011-12 was Rs 2.53/kWh.

Let us now look at capital cost: the cost of thermal generation projects like NTPC's plants across the country is estimated at Rs 6 crore per MW while that of nuclear plants, as run by NPCIL, would be around Rs 10 crore per MW.

Going by international standards, the benchmark could be the French nuclear powerhouse Areva, which is valued around 7 billion euros on income of around 9 billion euros.

The other comparison could be the US-based General Electric (GE) with a market cap of $272 billion on sales of $144 billion. GE, however, is a conglomerate and nuclear business accounts for only about $1 billion of less than 1% of its total revenue.

If the multiple we use is the power industry average of 10, the stock of NPCIL could be valued around Rs 2,070.

Correction: 19 December: This article wrongly implied a radiation-led death toll number in the Fukushima Disaster in March 2011. There are no known deaths from radiation. The line was instead meant to refer to the over 15,000 deaths attributed to the earthquake and tsunami that hit Japan that also hit the nuclear plants.