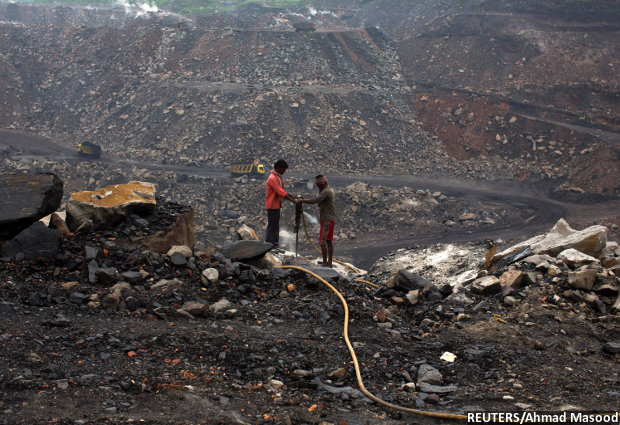 Piped water supply to construction of hostels to stadiums, local governments have big plans for the $900 million collected from mining companies under a 2015 law, but the people living in these districts have not been involved in deciding where the money will be spent, according to an analysis by the Centre for Science and Environment (CSE), an environment research and advocacy organisation.

Since a law was passed in 2015, mining organisations have had to pay an amount equivalent to 10% of the royalty if the mine was leased after 2015, and 30% of the royalty if it was leased before 2015 to the District Mineral Foundation (DMF)--a non-profit trust, run by officials from the government along with the participation of other organisations as per the state’s law. This trust uses these funds for the development of the mining-affected region, and for people who had occupational, legal or traditional rights over the land being mined.

The DMF is a “landmark law” which for the first time lays out in law that people of the mining region have a right to benefit from natural resources. “However, the success of this move now lies in its relevance to and participation of the people,” said Chandra Bhushan, deputy director general of CSE. Every state makes its own version of the DMF law.

The total amount is likely to be higher as Uttar Pradesh and Tamil Nadu are yet to set up DMFs in all districts, while some districts, such as Guntur in Andhra Pradesh, had collected much lower than what was estimated by February 2017, the report said.

“These are some of the richest areas in terms of resources like forests, rivers and minerals, but still some of the poorest” in terms of income and development outcomes, said Bhushan, underscoring the importance of this money to mining districts such as Chatra in Jharkhand, where almost 50% of children under five years are stunted (all-India average: 38.4) or, to Anugul in Odisha which had an infant mortality rate of 48 per 1,000 live births in 2012-2013 (all-India average: 42 in 2013).

Three mining states--Odisha, Chhattisgarh, and Jharkhand--collected 69.5% of the total DMF money, with Odisha collecting the most (Rs 1,932.5 crore), the CSE analysis found.

The table below gives the total amount collected by the DMF, the total amount the DMF has sanctioned for projects, and the estimated amount each DMF will receive every year, as calculated by CSE. (Choose an option from the dropdown menu to see information on different states).

But there is little direct involvement of people on the ground in the management of the DMF, and it is unclear whether people have a right to decide what projects a district undertakes.

Under the law, district mineral foundations are required to spend at least 60% of the funds on high priority projects such as those related to drinking water, environment preservation, healthcare, education, welfare of women and children, the aged and the disabled, skill development and sanitation. Up to 40% of the funds could be utilised for physical infrastructure, irrigation, energy and watershed development.

Projects can be given to other government departments or contracted out to a private company.

Until now, projects are yet to start but several states have budgeted money for different development purposes, and there is wide variation in the ways districts have allocated money.

In the coal-mining district of Singrauli in Madhya Pradesh, where less than 1% of the population gets treated tap water, the district has allocated only 0.9% of the DMF budget to provide safe drinking water to the population, mostly for digging tube wells, even though the area has high pollution, the CSE report said.

In comparison, in Jharsugda, a coal-rich district in Odisha, where the mining-affected area also includes urban areas, 36.1% of the DMF budget has been allocated to improving drinking water supply, with 91.3% of the money allocated to municipalities, 4.5% to hand pumps and tube wells, 2.3% to piped water supply, and 1.8% to a reverse osmosis water purification system.

Similarly, under the category of skill development and livelihood, a small proportion--0.7%--of the DMF funds in coal-rich Korba, in Chhattisgarh, have been allocated to building a hostel for a livelihood college, putting market linkages in place for those who get trained, and training of forest management groups.

Across nine districts in four states CSE analysed, there was little focus on women and child welfare, and malnutrition, even though most of these districts have high infant and child mortality, and high levels of stunting, the report said.

Un-tied development fund boon for districts, but needs more involvement of people on the ground

The district development fund is an un-tied fund which can be used for different kinds of development projects. Unlike budget allocations which lapse at the end of the financial year, the DMF is a continuous fund. As such, districts have flexibility in using the money based on the priorities of the district and its people.

“DMF gives you the freedom to think innovatively about development,” Bhushan said.

For instance, he explained, the DMF could be used to substantiate already existing budgets. If a district had low quality primary health care centres and the health budget is falling short, the DMF money could be used to improve the quality of these health centres.

Not more than 5% of the DMF funds can be used as administrative costs for the DMF.

Further, registering the DMF as a trust makes it legally binding on its members to follow the rules or face criminal charges. If a mining company fails to pay the DMF three times, their lease can be suspended.

But “people need to be informed about the programme, and made aware of the amount in the fund, and its development role,” Bhushan said. DMF panning should be decentralised with the involvement of Gram Sabhas (village councils) in identifying beneficiaries, developing annual DMF plans and monitoring the work, the CSE report suggested.

The involvement of people could improve the kinds of projects money is spent on, while also making it more likely that people will demand better projects and timely implementation.