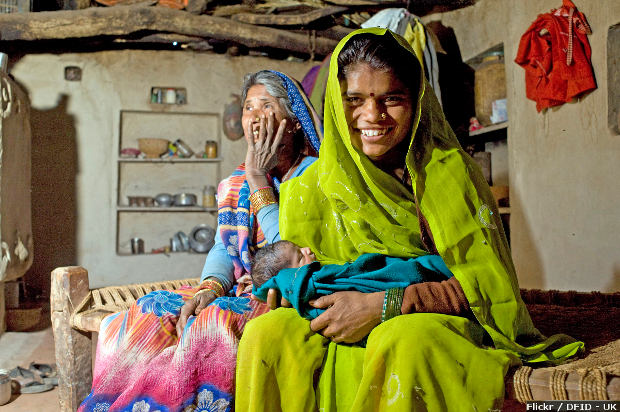 Over 21 years to 2014, the richest quintile--top 20% of the population by income?--undergoing caesarean section deliveries in India has gone up from 10% to 30%, raising the country’s average caesarean-section rates from 5% to 18% over the same period, according to a recent analysis of national health data. The rate of caesarean section among the poor has stayed the same over this period: 5%.

International researchers presented these facts during the launch of Maternal Health Series 2016, a report released in Mumbai on February 3, 2017 by The Lancet, a peer-reviewed global medical journal. The event was part of the Human Rights in Childbirth India Conference.

The caesarean section is a globally recognised maternal health-care indicator: When caesarean section rates rise towards 10% across a population, maternal and newborn deaths decrease; if the rate goes above 10%--as appears to be the case in India--there is no evidence of improvement in maternal or neonatal mortality, according to this 2015 World Health Organization (WHO) statement.

A caesarean section may be necessary when vaginal delivery poses a risk to the mother or baby. However, caesarean sections can cause significant complications, disability or death, particularly in settings that lack the facilities to conduct safe surgeries or treat potential complications, the WHO warned in this 2015 statement. 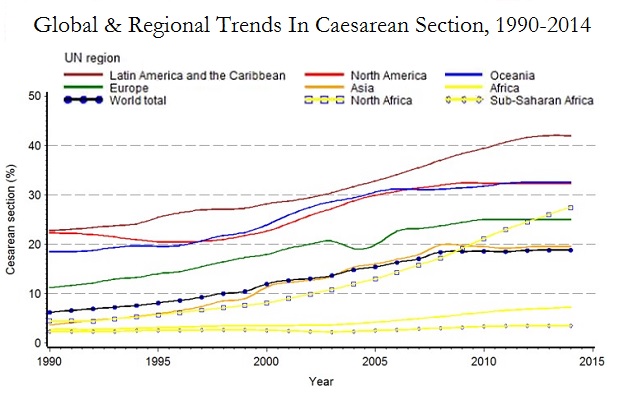 “The reason for such high rates is less regulation in some of these countries, which are just emerging from being low-income countries, and there is an allure in technology,” said Suellen Miller, one of the lead authors of the Series, and professor at the department of obstetrics, gynecology and reproductive health, University of California, San Francisco.

Unnecessary caesarean sections also pull resources away from other services in overloaded and weak health systems.

Too little, too late, and too much, too soon

To describe the disparity in caesarean section rates between countries and within countries, the Series’ authors have coined a term: “Too little, too late and too much, too soon”.

Too little, too late describes care with inadequate resources, and is responsible for high maternal mortality in low-income countries where women die due to lack of timely health care.

Nearly five women die every hour in India from complications during childbirth with heavy blood loss caused by haemorrhage being a major factor.

Too much, too soon is a problem of high-income countries, where women experience routine over-medicalisation of normal pregnancy and birth. These include induction of labour, augmentation with oxytocin (hormone), caesarean section, episiotomy (surgical cut made at opening of the vagina during childbirth), excess fetal monitoring, etc.

Tip of the iceberg: Data likely to be underestimates

Caesarean-section rates are rising due to various factors, including economic, logistical, and cultural.

Natural birth is a waiting game whereas the caesarean section is quick and saves time for both the doctor and the patient. Rich families can afford caesarean sections, which offer doctors better money than a vaginal delivery. Also, doctors fear repercussions (physical abuse or legal) in case something goes wrong.

“Corporate hospitals have surgical targets for doctors, which if they fail to meet, they are shown the door,” said Fatima Poonawala, gynaecologist and obstetrician based in Bengaluru, who was forced to quit her corporate practice. She now runs her own Alfa Clinic. The figure of 10-15% caesarean section rate in India is an underestimation, she said.

“The data of National Family Health Survey and the Lancet Series is just a tip of the iceberg,” said Arun Gadre, gynaecologist and obstetrician, and coordinator of Pune-based NGO Support for Advocacy and Training to Health Initiatives (SATHI), which runs a campaign on health for all. Both urban and rural areas in India are facing “an epidemic of unregulated caesarean section births.”

On the face of it, an overall 10% caesarean section rate in India seems acceptable. But, in reality, we need to disaggregate everything into public, private, urban, rural, wealthy, poor. The disparities are “huge and worrisome”, said Miller.

(Jamwal is an independent journalist based in Mumbai.)