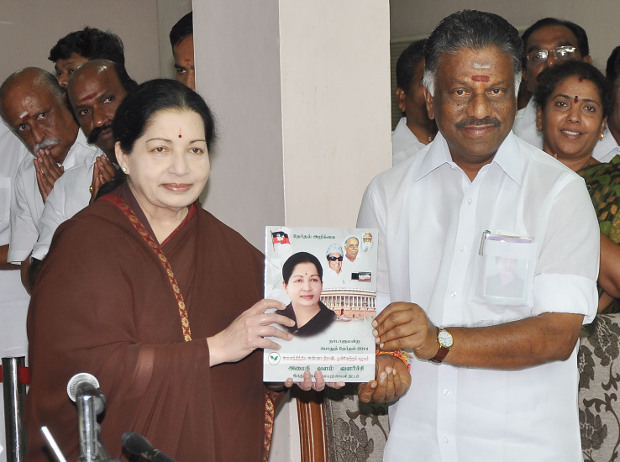 Tamil Nadu--which is in an election year and runs India's most extensive welfare state--has rebelled against the devolution of financial power to the states, part of the decentralisation process put into motion by New Delhi.

“Tamil Nadu has been unfairly treated by the 14th Finance Commission with a drastic cut in the horizontal share from 4.969% to 4.023% of the general shareable tax pool and from 5.047% to 4.104% of the service tax pool,” Tamil Nadu Chief Minister O Panneerselvam, who is also the Finance Minister, said while presenting the budget for 2015-16.

Panneerselvam said the government of Tamil Nadu is set to lose about Rs 35,485 crore ($5.72 billion) in the next five years due to changes in the Finance Commission recommendations.

“The State Government will be burdened with a heavy responsibility of providing additional share in the centrally-sponsored schemes from its own resources without getting adequate increased resource flow from the central government,” Panneerselvam said.

Here is what the Finance Commission has recommended based on criteria and weights:

Tamil Nadu will get the lowest share among the top 10 states in the country: 4% of share of money for states from the central government.

Here again, Tamil Nadu is the last among the top 10 states of the country in receiving share of service tax collection.

The chief minister wants the central government to collect direct taxes (like income tax) and allow states to collect indirect taxes (like excise duties). “The principle of co-operative federalism touted by the Government of India expects states without equal resource capacity to be equal partners with the Centre,” said Panneerselvam.

There are no new taxes in Tamil Nadu's 2015-16 budget, and Panneerselvam has reduced value added tax (VAT) on select items, such as mobile phones, LED lamps and air compressors. The move is expected to cost the government Rs 650 crore.

The deficit is chiefly a product of Tamil Nadu's subsidies and welfare spending, which is likely to rise 43% this year to Rs 59,185 crore from Rs 41,645 crore in 2013-14. The welfare spending includes free rice and spices, subsidised electricity (free for farmers) and bus fares, free laptops for students and free fans, mixers and grinders to households.

The government has also decided not to exercise the full right to borrow money to fund programmes. The total state borrowing is likely to be 30,446.68 crore ($4.91 billion) as against the eligibility of Rs 32,990 crore ($5.32 billion).

Like Maharashtra, Tamil Nadu has been borrowing money over the years to repay old borrowings. The total debt is likely to cross Rs 2 lakh crore ($32 billion) this year, which is a third less than Maharashtra.