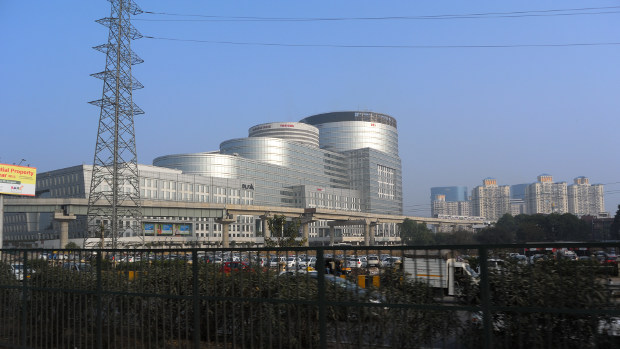 DLF Cyber City in Gurgaon, Haryana, one of the 91 SEZs in the country's IT/ITES sector.

"Not one inch of land acquired under the proposed new law will be used to favour any company... (The) land bill is purely aimed at ensuring that development reaches villages. Roads, railways and defence production units will be set up. Land will be acquired only for projects which will be create jobs. This is a win-win bill and a friend of the farmers."

This is what Bharatiya Janata Party President Amit Shah told The Times of India on May 19, 2015, in the week that his government finished a year in office and prepared to continue the battle for a new, controversial land acquisition law.

Yet, there is strong evidence that past acquisition of land by the government has gone awry. A 2012-13 report issued by the Comptroller and Audit General of India (CAG), the auditor of the central government, revealed these key findings:

The new land acquisition bill piloted by the government of Prime Minister Narendra Modi has been sent to a parliamentary committee for re-consideration after facing opposition and accused of being against farm interests. The government’s argument is that India needs to fast track the bill, so that land can be made available for industries—to generate employment and power economic growth.

SEZs were created with motives similar to those expressed by the government.

What happened to these zones?

The Special Economic Zone Act of 2000 was introduced (enacted in 2005) to make SEZs growth engines. An SEZ is a specifically delineated duty-free enclave, deemed foreign territory for the purpose of trade operations, duties and tariffs.

In 30 SEZs (1,858 hectares) in Andhra Pradesh, Maharashtra, Odisha and Gujarat, developers made no investments; the land is idle and has been in their custody for between two and seven years.

Manufacturing was supposed to be a key focus of SEZs, but as the data below indicate, that did not happen:

Break up of SEZs

Almost 56% of approved projects are from the IT sector, while 9% are multi-sector (manufacturing) SEZ units.

While 59% of the operational SEZs are in the IT sector, only 8.5% are from the manufacturing sector.

“The large number of IT/ITES SEZs coincides with the expiry of the ten-year income-tax break period allowed to IT sector under Software Technology Park Scheme which gave a fillip to the sector. Several units closed and shifted to SEZs to avail of the benefits offered in SEZ area,” the report said.

A key reason for the uneven spread of the SEZs across the states, according to the CAG report, was the absence of single-window clearance in many states. This led to approval delays.

SEZs are mainly located close to urban areas. For example, in undivided Andhra Pradesh, of 36 operational SEZs, 20 were close to the capital city, Hyderabad.

The report, in conclusion, said “The SEZ policy and procedures need to be integrated with the sectoral and state policies with the involvement of the unique advantageous points therein.”