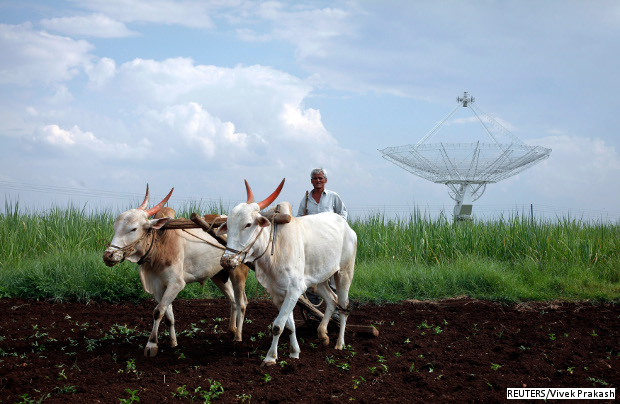 About 8% of 804 industrial projects—with a planned investment of Rs 421,062 crore ($67.91 billion)—across India are in limbo because of land-acquisition problems, according to data released by the finance ministry.

The data complement a 2014 Comptroller and Auditor General report that says 38% of land acquired for special economic zones has not been used.

The leading causes for stalled plans were unfavourable market conditions (98 projects)—in other words, a slow economy—lack of promoter interest (96 projects) and lack of funds (83). These reasons accounted for 34% of stalled projects.

Details of this figure, revealed in a right-to-information (RTI) application, lend some perspective to an increasingly-heated debate over a new land-acquisition bill that Prime Minister Narendra Modi’s government insists is a pre-requisite for economic growth, even as political opposition to the proposed law fuels resentment among farmers.

The project data were extracted from a database of the Centre for Monitoring Indian Economy (CMIE), an independent think tank, the finance ministry said in its April 17 reply to Venkatesh Nayak, who filed the RTI and works with the Commonwealth Human Rights Initiative, an international NGO.

“The data collected by CMIE show that almost 20% of the projects are stalled due to other reasons,” said Nayak. “The government has tabled this information in the Economic Survey, but no one has cared to ask either in the government or in the Parliament: What are these ‘other reasons’?”

Why Projects Were Stalled

No. Of Projects Stalled

Out of the 804 projects, about 160 (almost 20%) are stalled due to “other” reasons, followed by 130 projects stalled for reasons not available.

Another popular reason cited for stalling of projects is lack of environmental clearances. However, only 33 projects, or about 4% of those stalled, were for environmental reasons.

The ordinance, according to this report, brought in a key change: It exempted land acquisition for many sectors, such as defence, infrastructure—including public-private partnership projects—industrial corridors, private health and educational institutions and affordable housing, from conducting public hearings, assessing social impact, and securing the consent of citizens who lived and worked on the land.

No. of Private-Sector Projects stalled

No. of Public-Sector Projects Stalled

Of the companies with stalled projects, Sahara India has 18 housing projects (Rs 8,150 crore), held up due to ‘other’ reasons, according to data released by the finance ministry.

Here is a look at where the stalled projects are:

Projects Stalled Due To Land Acquisition

Maharashtra has the highest number of stalled projects at 125 (96 private and 29 public), of which 13 are stalled due to land-acquisition problems.