Even as radio jockey Malishka and radio channel Red FM 93.5 are embroiled in a controversy with the Municipal Corporation of Greater Mumbai (MCGM) over a satirical video about the bad condition of the city roads, almost 29 accidents per day, or one accident every 50 minutes, were reported due to potholes across the country between 2013 and 2015, according to this reply by the Ministry of State for Road Transport and Highways to the Rajya Sabha (upper house of Parliament) on March 27, 2017.

Soon after Malishka’s video went viral, the youth wing of Shiv Sena, the party in power at the MCGM, asked the municipal body to sue the radio jockey and the FM radio station for defamation.

As many as 10,876 road accidents due to potholes were reported across the country in 2015, the latest figure available. The data for 2016 are yet to be compiled, according to this reply by the ministry to the Lok Sabha (lower house of Parliament).

Over three years, 31,681 accidents were reported due to potholes. 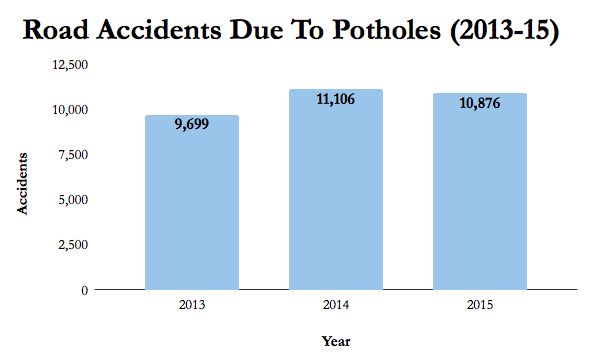 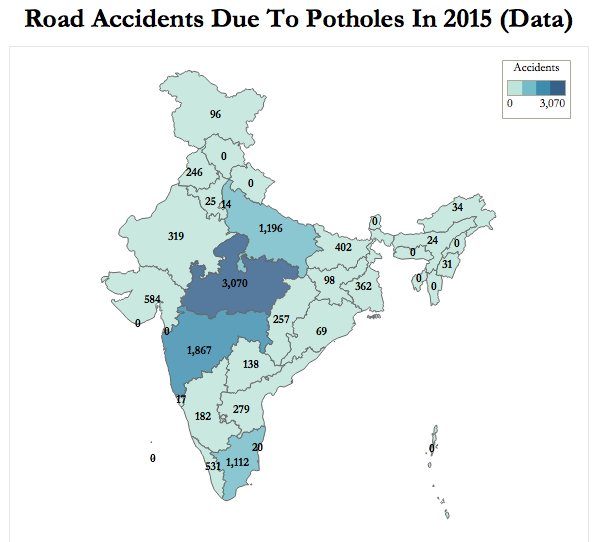