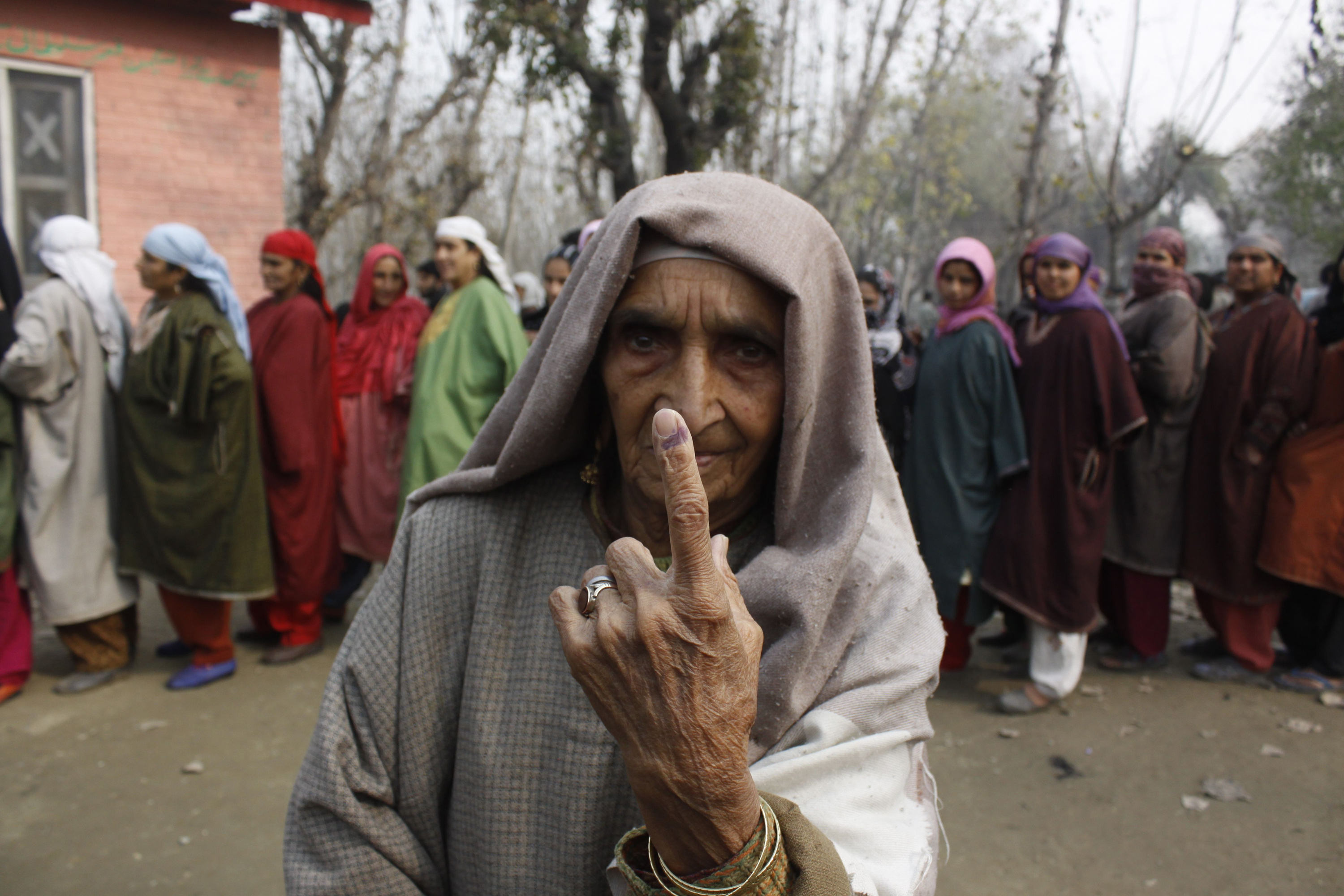 The high participation of voters, despite the boycott calls by separatist groups and the recent floods, is being widely lauded, but an indication of J&K’s troubled existence is available from its highest-ever voter turnout, which came 27 years ago.

In 1987, 75% of voters turned out to vote, but the election was widely seen as flawed, with even members of the Congress party alleging malpractices, such as this recollection by Khem Lata Wukhloo:

“I remember that there was a massive rigging (sic) in 1987 elections. The losing candidates were declared winners. It shook the ordinary people’s faith in the elections and the democratic process.”

Many parties which lost in 1987 went on form a separatist alliance and the state eventually exploded into violent insurgency, the murder and exodus of Pandits, or Kashmiri Hindus, and a security crackdown that led to thousands of deaths, overwhelmingly Muslim.

Voter participation in elections plunged dramatically after this, recovering to some extent 21 years later, although trouble and dissatisfaction continued to roil the state.

Here is a quick view of the voter turnout in the past assembly polls in the state:

An interesting fact: the first assembly election in J&K, in 1962, had no women registered as voters. However, there was one woman who contested, Shanta Bharti, but she lost her deposit. So, women were allowed to contest but not vote. The participation of women rose in subsequent elections.