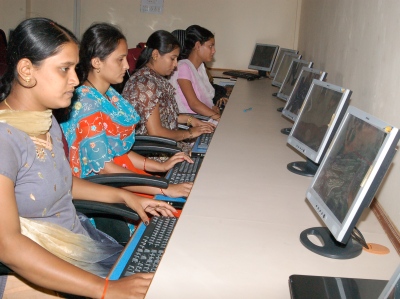 The performance of a state government is often judged on the basis of condition of the state economy and the general financial condition. In fact, the two are not mutually exclusive.

IndiaSpend’s Dhritiman Gupta glances through Karnataka’s Budget documents for 2012-13 and finds that for all the political turmoil the state has witnessed in recent years, its finances are stable. The state has managed to grow at good rates and also keep its finances in good condition.

As can be seen from (Table 1), Karnataka has generally grown at rates higher than the national levels, the only major outlier being the year 2009-10. This was primarily on account of the global financial recession.

To understand the state’s growth numbers a bit better, we will look at growth rates across sectors.

AE-Advance Estimates, Figures are in %

As can be seen from (Table 2), the only sector that has been able to maintain high growth rates on a consistent basis is services. Agricultural growth rate has fluctuated a lot and so has the industrial growth numbers.

IndiaSpend has previously reported on the necessity of a stable agricultural sector for consistent growth. If we overlook the fluctuations in agriculture, the growth performance of Karnataka has been quite good, even though led primarily by services.

Let us now look at the condition of Karnataka’s finances.

Let us now look at the financial numbers in % terms of GSDP to get an idea of how well finances have been managed.

Table 4: Financial Indicators in % of GSDP

It can be seen from (Table 4) that the revenue surplus-GSDP ratio of Karnataka has hovered between 0.4% and 1.1%. The performance on the revenue account is commendable because Karnataka is one of the few states that records surplus on this account.

If we look at a previous report by IndiaSpend, we see that of the 17 states considered, only seven states recorded revenue surpluses in 2010-11 (RE) and Karnataka was one of those seven states (the others include Bihar, Andhra Pradesh and Uttar Pradesh).

What is noteworthy is that Karnataka has managed its revenue account well on a consistent basis. Other states like Punjab, West Bengal and Kerala have been chronic offenders when it comes to revenue management.

Furthermore, the debt-GSDP ratio has started showing a declining trend. The figure reduced from 24.9% in 2010-11 to 23.6% in 2011-12 (RE). What a declining debt-GSDP ratio will do is reduce expenditure on interest payments, thereby further boosting the revenue account, which, in turn, would make possible higher investments without taking loans.

Even though Karnataka lies somewhere in between, it benefits from the fact that the debt-GSDP ratio is declining even while investments rise.