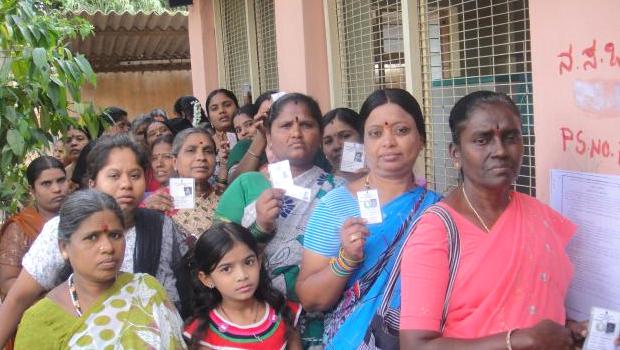 India’s southern state of Karnataka goes to polls on 5 May for a new 224-member legislative assembly.

The contest is being keenly watched for various reasons: First, to see if the outcome might set the tone for the 2014 Parliamentary elections. And to some extent what this augurs for the next phase of state elections in Madhya Pradesh, Rajasthan and Delhi within six months.

But what would be equally interesting, particularly in the context of increased awareness of women’s rights and participation, is how women candidates are faring in the overall electoral landscape?

And the answers are actually surprising. Not only does Karnataka have fewer women candidates but, more significantly, the overall participation of women in the electoral process appears to be dwindling quite sharply. Moreover, it’s not Karnataka that leads in women’s electoral representation but states like Bihar.

The Karnataka assembly, like many other state assemblies, has witnessed many acrimonious scenes. IndiaSpend earlier reported on how criminal records seem to be working in favour of electoral candidates. 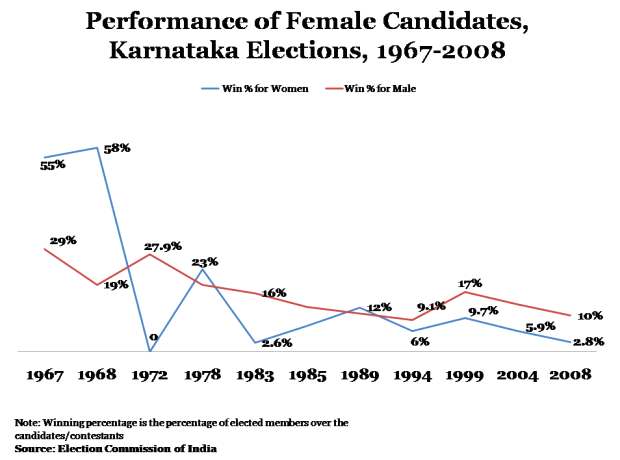 And there is a wide gap in the winning percentage of men and women in Karnataka. In the previous election (2008), only 2.8% of the contesting women won the elections. The best year was 1968 when over 58% women contestants wonthe elections but the overall participation of women as candidates was still as low as 12 out of a total 671 candidates.

Uttar Pradesh has the highest number of female MLAs (35) but proportionally, there are only 8.6% women in the Uttar Pradesh assembly.

Interestingly, if we compare female literacy to female representation in all these states, Bihar has the lowest female literacy amongst the states and the highest number of female legislators in the assembly. 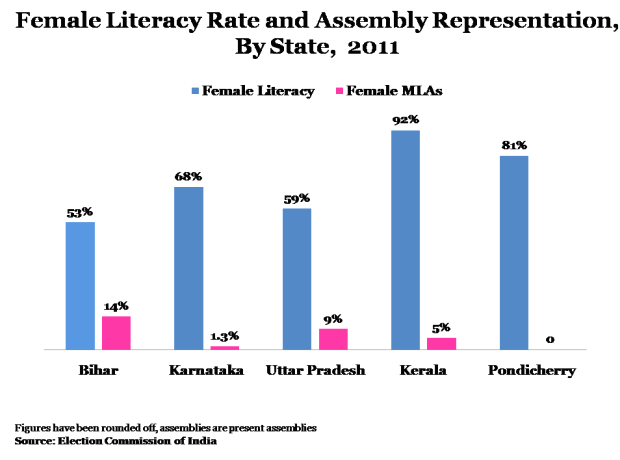 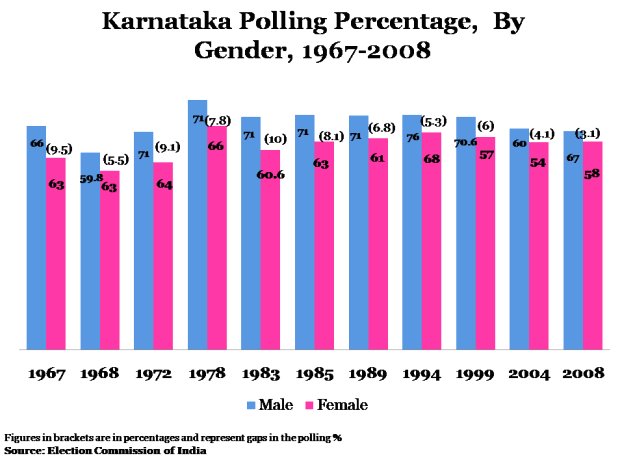 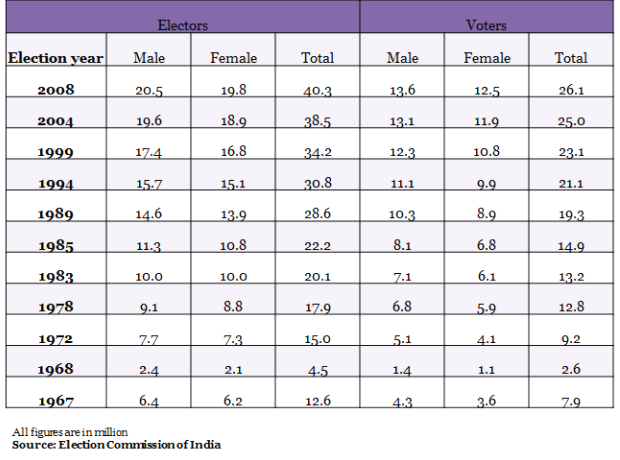 So, has the electorate in Karnataka decided that single figure representation for women is adequate in the assembly? Or will there be winds of change in 2013? We will know when the results are announced on 8th May....