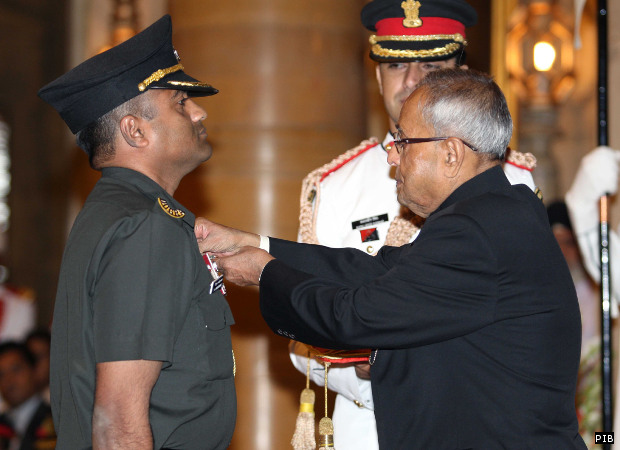 President Pranab Mukherjee presenting the Shaurya Chakra to an army major in New Delhi on March 23, 2013.

Indian soldiers who win awards for gallantry and exemplary service get more than medals—they get various concessions from central government departments and extra pension.

But the most substantive awards come from the states these soldiers hail from, and this is where a great variance is evident, according to Factly.in, a data-journalism portal.

There are two categories of awards given to men in uniform:

We will focus on the gallantry awards, which are presented in two categories:

What the central government offers

The central government gives cash awards for each decoration, apart from other concessions extended by its departments.

The cash award is in the form of a monthly pension:

Various state governments also extend cash and other incentives to award winners from their states.

The highest cash award for Param Vir Chakra (PVC) winners is Rs 31 lakh, given by the Haryana government. The lowest is Rs 22,500, given by the governments of Gujarat, Karnataka and Odisha. Meghalaya does not give any of awards mentioned. 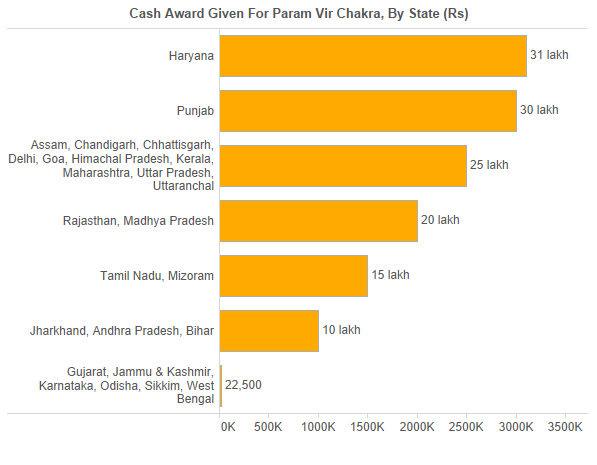 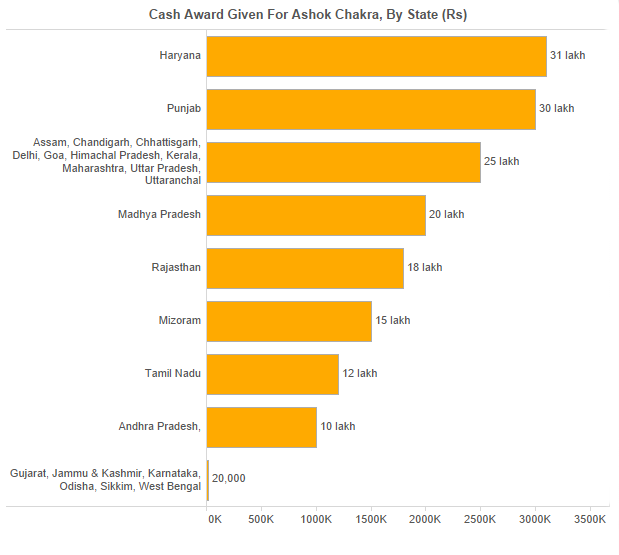 Similarly, decorated soldiers are given cash by state governments. For instance, the cash amount given by the government of Andhra Pradesh is:

Only a few states extend CIL and annuity to decorated soldiers.