New Delhi: Women and girls with disabilities who survived sexual violence continue to face high barriers to the justice system, according to a recent report, despite legal reforms five years ago to laws against sexual violence.

The report, “Invisible Victims of Sexual Violence: Access to Justice for Women and Girls with Disabilities in India”, was released on April 4, 2018, by Human Rights Watch (HRW), an international non-profit.

Women and girls who survive rape and other kinds of sexual violence often suffer humiliation at police stations and hospitals, said the report, which investigated 17 rapes and gang rapes in eight states--Chhattisgarh, Delhi, Karnataka, Maharashtra, Odisha, Tamil Nadu, Uttarakhand, and West Bengal--where survivors live with a spectrum of disabilities, including physical, sensory, intellectual and psychosocial disability.

The report detailed the challenges many women and girls with disabilities face throughout the justice process: Filing a police report, obtaining appropriate medical care, having complaints investigated, navigating the court system, and getting adequate compensation.

The gangrape that resulted in the death of a physiotherapy student in New Delhi five years ago and the public outrage following the assault had resulted in amendment to laws related to sexual violence. But rape survivors still suffer humiliation at police stations and hospitals, IndiaSpend reported in November 2017.

Disabled are more prone to abuse

About 2.2% of India’s population--or 26.8 million people--live with a disability, according to the 2011 Census. Many believe this to be an under-estimation because the World Health Organization has estimated that 15% of the global population lives with a disability. Various research studies (such as here and here) show that girls and women with disability face an additional risk of violence and sexual violence.

Further, women with physical disabilities may find it more difficult to escape violence. Those who are deaf may not be able to call for help or easily communicate abuse. Women and girls with intellectual or psychosocial disabilities may not know that non-consensual sexual acts are a crime that should be reported. The stigma related to sexuality and disability compounds these challenges. 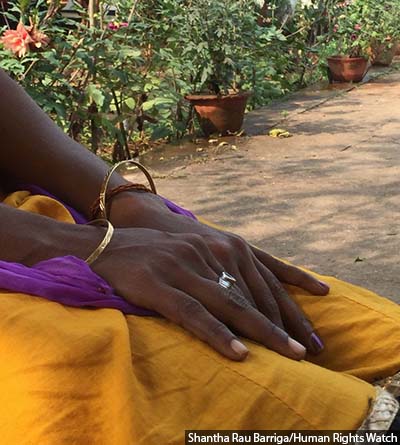 Karuna, a woman with low vision, did not tell her family after she was raped by a blind man. She explained, “He threatened me not to tell anyone. I was scared so I didn’t tell anyone what had happened” (Odisha).

Police are not trained to handle exceptional cases

Under the Criminal Law (Amendment) Act, 2013, to support women with disabilities, the following accomodations were made: The right to record their statement with police in the safety of their home or a place of their choice, to have their statements to police and examinations videotaped, to be assisted by a special educator or interpreter when the complaint is being recorded, and exemption from the need to repeat the statement during cross-examination by the defense counsel.

Yet, few police officers have the training or expert support needed to handle these cases, HRW found. In some cases, police excluded women and girls with disabilities from specific assistance guaranteed by the 2013 amendments because of survivors’ inability to certify a disability. In other cases, police failed to include the necessary details in their First Information Report (FIR). Police also rarely provided information on the right to free legal aid or legal aid services to survivors or their families.

Maneka (name changed), a 15-year-old girl from Delhi with both an intellectual and physical disability, reported being raped by two men from her neighborhood in October 2015. Although Maneka’s family conveyed her age and disabilities to the police, the FIR noted her age as over 18 and did not include her disability. As a result, she did not receive protections under Protection of Children from Sexual Offences Act (POCSO), 2012, or the 2013 amendments.

“The police’s failure to document Maneka’s intellectual and physical disabilities also undermined the process of evidence collection,” said the report.

“In most cases the police are simply ignorant,” Debashree Sabuj, deputy police commissioner for women in West Bengal, is quoted saying in the report. “It is not that we don’t want to believe them, but we also worry that if we make a mistake, the wrong person will be punished. The police need education and we need to be sensitized on how to handle these cases.”

Indian law and policies require state governments to facilitate compensation, including in cases where the offender cannot be traced or identified. Yet compensation was awarded in less than five of the 17 cases.

Even in cases of extreme violence, trauma, and economic hardship--including childbirth following rape--women and girls with disabilities had trouble securing compensation. This is especially crucial for those living in rural areas and those who are vulnerable.

The report cited the case of Noori (name changed), a 23-year-old Muslim woman from a village in West Bengal with cerebral palsy and other disabilities--including the inability to speak or walk without a stick--who was gang raped by three neighbors until she lost consciousness. Noori applied for compensation to cover her medical expenses, but more than three years later she had yet to be awarded compensation.

“India has taken important steps to reform the criminal justice system to include women and girls with disabilities, but our new research shows the need for action and implementation,” said Nidhi Goyal, a disability rights activist and co-author of the report, in a statement. “The government should act promptly to ensure accommodations and other measures so that women and girls with disabilities are out of the shadows of justice.”

Key Recommendations To The Government From Human Rights Watch