Just Luck: Up To 20% Drop In Subsidies Likely 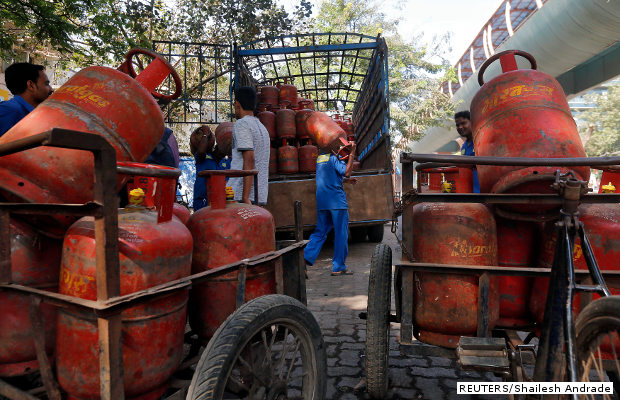 Food, fuel and fertiliser: These three subsidies have been a recurring nightmare for Indian finance ministers trying to present a balanced budget.

Jaitley should be relieved. Two of these three subsidies – fuel and fertilisers - should see a drop in the forthcoming budget to be presented on February 28. The reduced payouts, possibly up to 20% less than last year, are almost entirely because of the fall in petroleum prices internationally over the past few months.

Families under AAY can purchase 35 kg of food grain per month at a concessional rate – rice at Rs 3/kg, wheat at Rs 2/kg and coarse grains at Rs 1/kg. In case of TPDS, state governments can sell grain at slightly higher prices to factor in cost of transportation, margins for retailers/wholesalers etc. As of now, 65.2 million families are below the poverty line and are covered by TPDS, and 38% of these families fall under AAY.

The National Food Security Act, 2013, aims to provide grains at concessional rates to eligible (poor) persons. At an all-India level, 75% of the rural population and 50% of the urban population is covered by this act.

Obviously, the cost of rice, wheat and coarse grains is far higher than the prices at which they are being sold to the poor. The subsidy amount is to cover the shortfall – the price paid to farmer versus the price charged from the poor. For FY15, the government had set aside

Given the political difficulties of cutting back on cheap food, the amount is likely to increase in the upcoming budget.

These three products are officially classified as ‘sensitive’ and have historically sold well below the cost of production. During FY14, India's oil-marketing companies – Bharat Petroleum, Hindustan Petroleum and Indian Oil – incurred a loss of Rs 139,869 crore by selling diesel, kerosene and LPG below cost.

This loss was partly made good by the government, which paid out Rs 80,772 crore to the oil companies. For FY15, the government had budgeted for a lower payout of Rs 57,336 crore. Luckily for the FM, the steep fall in petroleum prices over the past few months means subsidy figures for next year are likely to be much lower.

During FY14, diesel accounted for 45% of the total loss incurred by the oil-marketing companies. Because of the fall in petroleum prices, the cost of producing diesel has now fallen, and oil companies are making a profit.

These numbers indicate that the petroleum subsidy is going to be reduced during the current financial year. If petroleum prices continue to remain around their current levels, this subsidy won’t be a headache.

LPG and kerosene are cooking fuels and raising prices is considered a disastrous move politically. Diesel is used for road transport and therefore impacts prices of other commodities, so sharp hikes are not possible. Therefore, if crude oil prices move back up – as they eventually will, whether after three months or three years – these subsidies will be back.

Fertilisers are a crucial input for agriculture, given India’s food requirements and the number of people, about 600 million, that depend on agriculture for a living. Fertiliser prices also affect food prices. Therefore, the government subsidises fertiliser sales.

Agriculture requires three big inputs as fertiliser, referred to as N-P-K (Nitrogen, Phosphate and Potassium). During FY14, India consumed 23.95 million tonne fertiliser, of which nitrogen fertilisers, such as urea, accounted for 69%.

Luckily, again, for the FM, urea production requires petroleum products – natural gas or naphtha – as inputs. Naphtha is derived from crude oil and the drop in petroleum prices internationally means prices of nitrogen fertiliser should also fall, bringing down the subsidy. Not all plants use naphtha; some also use natural gas, whose price follows a different dynamic.

Given continuing poverty in India--about 270 million are officially classified as poor--and political realities, it is unlikely that these subsidies can be immediately discarded.

What can be done, however, is to have better targeting of the end recipients of these benefits to avoid waste and leakage. That is something the government is trying to do, using Aadhar, the nationwide unique identification system.