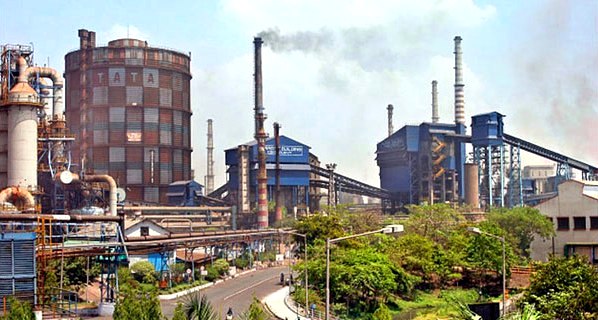 Former Uttar Pradesh Chief Minister Mayawati last year had proposed the break-up of UP into four states. The proposition received a mixed response.

There was general agreement that the most populous state in the country and 75 districts could do with a break-up for easier administration. But the move was seen as politically motivated. And subsequently, Mayawati lost the elections.

But what are the arguments in favour of and against divided states? How do the growth and prosperity indicators stack up over time? IndiaSpend's Dhritiman Gupta picks up the trail of the three divided states that were formed in 2000. The inevitable conclusion: breaking up may be hard to do but is good for everyone.

But for reasons which may not be what you would think. Specifically, all the states– Jharkhand, Uttarakhand and Chhattisgarh - have seen their residents' lives improve dramatically with massive jumps in per capita income and overall economic growth.

Significantly, all three states beat their mother states in industrial growth. While Chhattisgarh is an exception of sorts, the new states also achieved greater progress in terms of social indicators compared to the mother states of Bihar, Uttar Pradesh & Madhya Pradesh.

Let's start by comparing the growth rates of Gross State Domestic Product (GSDP) of the states pre and post separation.

Note 2: Even though the states did not exist before 2000, Planning Commission has data for the areas which formed the new states.

If we take a look at average growth rates for the period before the formation of the states (over 1994-95 and 2001-02) (Table 1), we see that with the exception of Uttarakhand-Uttar Pradesh pair, the mother states were growing at faster rates over that period.

Jharkhand was growing at 3.6% while Bihar grew at 4.9%. Madhya Pradesh was growing at 4.7% while Chhattisgarh grew at 3.1%. Uttarakhand's growth rate was 4.6%, marginally higher than Uttar Pradesh, which grew at 4%.

The period after 2000, (Table 2) was a good period for the newly formed states. Uttarakhand did particularly well, stepping up its average growth rate to 12.3% since 2004-05 which is way better than the figure for Uttar Pradesh at 6.8%. Chhattisgarh also outstripped Madhya Pradesh over the same period by 1 percentage point. Jharkhand, however, has failed to match Bihar's performance since 2000.

Bihar's growth was mostly powered by a steady agricultural growth rate of 8.1% over 2004-09, while the corresponding figure for Jharkhand was 1.4%. This could be one of the reasons behind Jharkhand lagging Bihar post 2000.

If we look at the average industrial growth rates of the states over 2004-2009, we see that the newly formed states have outstripped their mother states.

The industrial sector in Chhattisgarh grew at 13% over the 5-year period while the growth rate was only 6.7% for Madhya Pradesh. The growth rate of industries in Uttarakhand was 11.8% while the figure for Uttar Pradesh was only 6.5%. The figures for Jharkhand and Bihar are 11.5% and 5.8% respectively.

We will look at per-capita income of the states to get an idea of general well being of its people.

The new states have managed to increase its citizen's incomes much faster than their mother states. Bihar and Jharkhand have doubled the per-person income over the last decade.

Madhya Pradesh also doubled its citizen's income but Chhattisgarh did better with a figure of 2.5. The stand out was Uttarakhand, which tripled the per-capita income while Uttar Pradesh failed to even double it.

Over 2004-09,Uttarakhand and Jharkhand have done a better job in reduction of poverty than their mother states reducing the poverty rates by 14.7% and 6.2% respectively while Uttar Pradesh and Bihar could manage figures of 0.9% and 3.2% respectively. Chhattisgarh did badly reducing its poverty rate by 0.7% where the corresponding figure for Madhya Pradesh was 11.9%.

Madhya Pradesh reduced its poor population by 5 million (31 million to 26 million) while in Chhattisgarh the number of poor people went up by a million (11 million to 12 million).

Uttarakhand did the best by reducing the number of poor by 12 million (29 million to 17 million) while in Uttar Pradesh the numbers went up by 0.7 million (73 million to 73.7 million).

Let's look at the literacy rates of the states.

The first thing to note is that the newly formed states had a more educated population than their mother states in both the years 2001 and 2011.

While the impressive improvements recorded by Bihar, Jharkhand and Uttar Pradesh,16.8%, 14.1% and 13.5% respectively, can be attributed to low bases in 2001, Madhya Pradesh and Chhattisgarh, at 6.9% and 6.4% respectively have not done so well. Uttarakhand despite being on a higher base than Madhya Pradesh and Chhattisgarh recorded a higher improvement rate of 8%.

As a health indicator, we will use Infant Mortality Rates, instead of Life Expectancy as we have done in previous article, due to unavailability of such data for Jharkhand, Chhattisgarh and Uttarakhand. Infant Mortality Rate is defined as number of child deaths per 1000 live births.

In 2006, all the newly formed states were better than their mother states when it comes to infant mortality. Madhya Pradesh and Uttar Pradesh had IMR figures higher than 70.

Since then improvements have taken place. Particularly since 2008, Madhya Pradesh has reduced IMR by 28. Now Chhattisgarh is behind Madhya Pradesh.

Uttarakhand has done better than Uttar Pradesh all through. In fact in 2010 Uttarakhand had the lowest IMR of all these 6 states. And even though Jharkhand does better than Bihar when it comes to IMR, Bihar has done a good job reducing its IMR by 16 since 2008.

The numbers as a whole do suggest that small states clearly have an edge when it comes to transforming the lives of their citizenry. While a 10-year study is useful and insightful, we would also admit that perhaps a longer time horizon is needed for a sharper assessment of what worked and didn't. For now, this is story the figures tell.