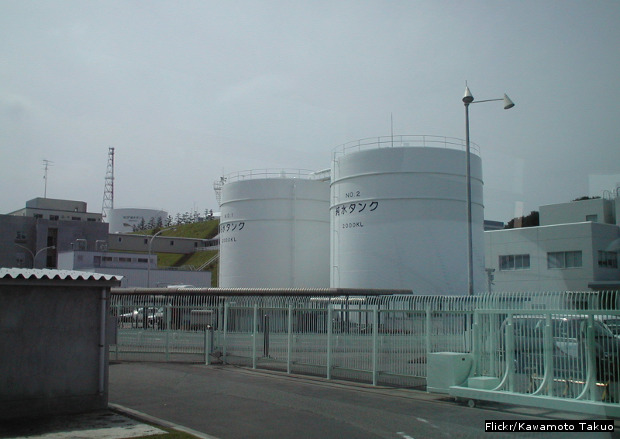 Japan's Fukushima nuclear-power plant back in 1999.

The restart comes after an exhaustive series of security checks on Japan’s nuclear power reactors. If all goes well, other reactors will follow.

The revival of nuclear power in Japan could help India’s own efforts to reduce its dependence on environmentally-dirty coal and liquid fossil fuels.

As Japan increases its use of nuclear energy, it will reduce other fuels, a move that will help bring down and keep down prices of liquefied natural gas (LNG), which will help other gas customers such as India.

The price of LNG has already fallen by more than half over a year from $18.3 per million British Thermal Unit (MMBTU) in early 2014 to $7.6 per MMBTU in June 2015, in line with the fall in petroleum prices. Reduced LNG demand from Japan will mean moderate gas prices for a longer time.

India currently has more than 23,000 MW of natural-gas-fired power plants, which operate at a fraction (20%) of their capacity because of a lack of fuel.

Imported LNG has so far been too expensive to use as fuel, partly because demand from Japan had driven up prices, an issue explained by IndiaSpend.

Using this capacity can help bring down the use of coal, which is much more damaging to the environment. There could also be new investments in natural-gas-based power, stalled for several years because of fuel shortages.

Coal accounts for over 75% of electricity generated in India, so increased use of gas means less coal.

Natural gas, in the form of CNG, can also partly replace liquid fuels such as diesel and petrol. Pollution from trucks burning diesel is one of the factors responsible for poor air quality in Indian cities, including Delhi.

Lower gas prices and increased availability can help push adoption of CNG to replace diesel and petrol in other cities as well, an important consideration since 13 of the world’s 20 most-polluted cities are in India.

The Fukushima disaster served as a rallying cry for the anti-nuclear movement in India.

Anti-nuclear demonstrations at the site were partly responsible for project delays, and the recent Fukushima disaster was one of the planks on which opposition to the project rested.

So, Japan's new safeguards and confidence over Fukushima and nuclear power have significant relevance for India.

India currently has 3,800 MW of nuclear-power capacity under construction, while another 3,400 MW has received financial approval, with significantly more capacity in the works, as these data show:

Nuclear-powered plants can provide the base power needed by a grid, which in India currently comes almost entirely from coal. It is not possible to replace coal with solar or wind energy at present, as IndiaSpend has previously discussed.

Japan’s decision to restart its nuclear power plants has one more implication for India: technological cooperation. As a part of the India-US nuclear agreement, India has agreed to set up nuclear power plants in collaboration with US-based firms Westinghouse and GE-Hitachi.

For these projects to move ahead, India also needs an agreement with Japan, as Hitachi is a Japanese firm and Westinghouse is a subsidiary of Japan’s Toshiba. With Japan not using nuclear energy on its own soil, such an agreement would have been awkward. That will no longer be the case. ¦