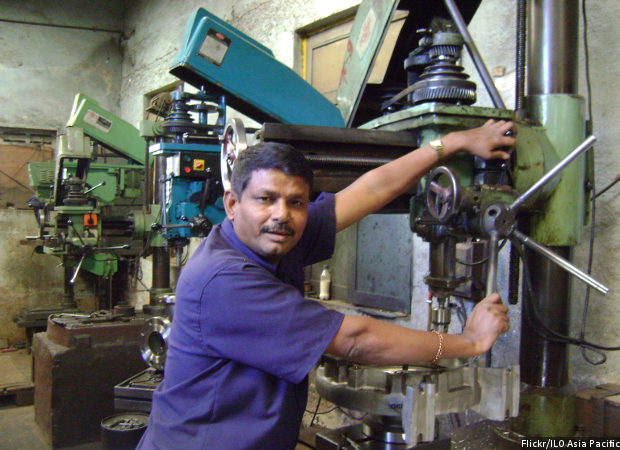 Thousands of small-business owners will be freed of many account and audit requirements, as Finance Minister Arun Jaitley raised the turnover limit from Rs one crore to Rs two crore, while presenting his third budget.

“At present about 33 lakh small business people avail of this benefit, which frees them from the burden of maintaining detailed books of account and getting audit done. I propose to increase the turnover limit under this scheme to Rupees two crore, which will bring big relief to a large number of assesses in the MSME (micro, small and medium enterprises) category,” Jaitley said.

The process is called the presumptive taxation scheme, which allows MSME owners to maintain simpler accounts and does not require audits, according to this income-tax department statement.

Jaitley made repeated references to the presumptive taxation scheme while talking to reporters after the presentation of the budget.

The MSME sector contributes about 45% of manufacturing output, 40% of total exports of the country, and employs about 69 million persons in more than 29 million units nationwide, said this government document.

The finance minister has also reduced the corporate tax for establishments with turnover less than Rs 5 crore to 29% plus surcharge and cess.

Tax reforms are one of the nine pillars Jaitley said India needed for transformation. He announced nine tax reforms:

a) Relief to small taxpayers.

b) Measures to boost growth and employment generation.

d) Measures for moving towards a pensioned society.

h) Simplification and rationalisation of taxation; and

i) Use of technology for creating accountability.

To promote Make-In-India, the budget has offered 100% deduction of profits for start-ups adhering to certain conditions. However, minimum alternate tax (MAT) will apply.

What could really interest the economy would be another attempt to make people declare undisclosed income by paying 45% as tax.

“I propose a limited period compliance window for domestic taxpayers to declare undisclosed income or income represented in the form of any asset and clear up their past tax transgressions by paying tax at 30%, and surcharge at 7.5% and penalty at 7.5%, which is a total of 45% of the undisclosed income. There will be no scrutiny or enquiry regarding income declared in these declarations under the Income Tax Act or the Wealth Tax Act and the declarants will have immunity from prosecution,” the minister said.

The 7.5% surcharge will be called Krishi Kalyan (farmers' welfare) surcharge, to be used to fund the rural economy, said Jaitley.

“We plan to open the window under this income disclosure scheme from 1st June to 30th September, 2016 with an option to pay amount due within two months of declaration,” he said.