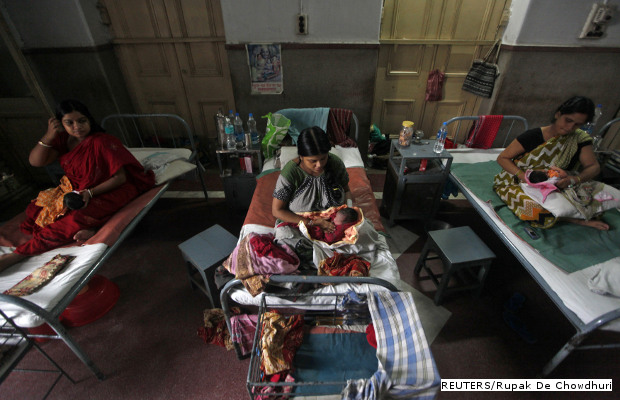 While Bharatiya Janata Party (BJP) came to power promising to increase spending on health and education, Finance Minister Arun Jaitley has actually reduced the proposed spending on both these crucial sectors for the financial year 2015-16.

Presenting the first full budget of the government, Jaitley reduced spending on education by 16% and health by 15%.

Allocation of plan funds for states was increased in the last budget but the total plan allocation has come down by 19% for this year.

This implies lesser funds for development in the hands of states despite higher devolution of funds.

IndiaSpend had earlier raised concerns about low spending on education and health.

Department of School Education and Literacy

Education spending in India has been lower than the world average. Globally, 4.9% of GDP was spent on education in 2010 while India spent only 3.3% of GDP, according to World Bank data.

Compared to BRICS nations, India’s literacy rate is only 74% while that of these economies is equivalent to that of the developed world.

While the government is stressing on skill development, the spending on school education and literacy has been reduced by Rs 12,895.6 crore.

The Finance Minister has promised a school within a 5 km radius of every child but the fall in allocation, it may be a difficult target to achieve.

A similar reduction has been made for the Ministry of Health and family welfare, which has seen its outlay reduced by Rs 5,897.5 crore.

Department of Health and Family Welfare

While the election promise was to increase healthcare funding to 3% of the GDP, allocation has been reduced in 2015-16 and spending on public health will be reduced by 8% while funds for National Health Mission is reduced by 20%. Also, overall spending cuts have resulted from slashing of funding in planned funding.

The Asian Tiger economies did not compromise on education and health to build strong human capital. These economies had followed mixed policies of free markets but strict government control on the development of the social sector.

While India is on a stable growth trajectory, we still lag behind in human capital and overall human development where India ranks 136 among 186 countries.