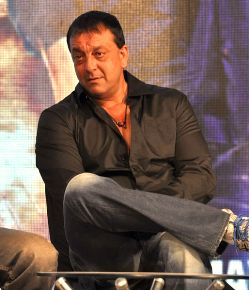 The Union Home Ministry has asked the Maharashtra Government to submit a report as to why actor Sanjay Dutt has been given “special privileges” of parole thrice in the last 9 months of jail.

Dutt was convicted by the Supreme Court for illegal possession of arms in relation to the 1993 Mumbai serial blasts case and was sentenced to 6 years of imprisonment. The actor had served 18 months of his jail term earlier, and had surrendered himself to the TADA court on May 18th, 2013, to serve the remainder of his sentence.

However, in less than a year, he had been granted parole three times by the Maharashtra Government. Dutt has been out on parole since December 21 and was going to return to the Yerawada Jail in Pune on February 21. In the latest development, Dutt applied for parole in order to attend to his ailing wife and look after his children, and got it extended till 21stMarch.

Dutt's ability to flit in and out of jail has obviously come in for criticism of the lawmakers. Particularly when anecdotal evidence suggests many other prisoners desiring parole are not getting it. And yet, data seems to suggest they are. If anything, the number of parolees seems to be rising steadily. Both in absolute numbers and in proportion to the number of prisoners.

According to Bureau of Police Research and Development (BPRD), “Parole results in the conditional release of the offender from the prison before termination of his sentence. It is a conditional suspension of sentence for a short duration in order to enable the prisoners to attend to their personal problems at home like agricultural, harvesting, etc. or to attend family-related emergent needs.” 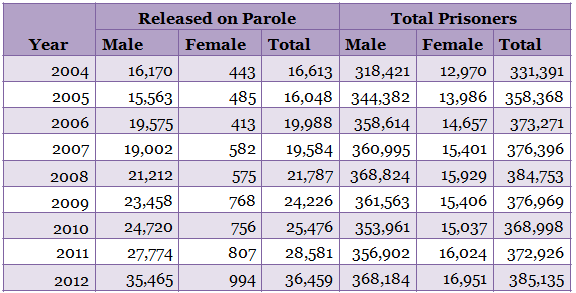 Here comes the interesting part. According to data released by the National Crime Records Bureau (NCRB), there has been a fair share of parole absconders since 2004. These would essentially be prisoners who do not surrender themselves back to the jails from which they were released. 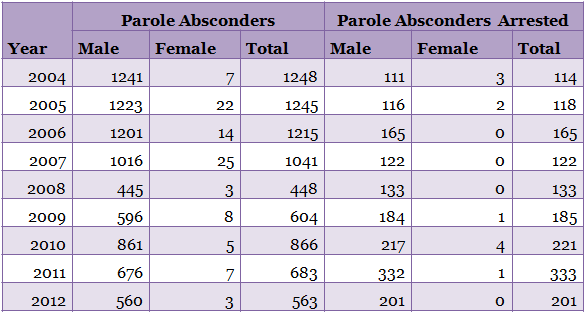 As you can see from above, the number of parole absconders has actually gone down since 2004. The number of absconders in 2012 is over 50% less than those in 2004.

An interesting point to note is that while male prisoners form a large portion of the absconders and those arrested, there haven’t been that many arrests of female parole absconders.

According to the Prisoners Act of 1900, a prisoner may be released on parole for any period not exceeding thirty days at a time. Sanjay Dutt’s parole has been extended 3 times, which is so far over 60 days. Munna Bhai could be in trouble as this could be the final stretch of his parole as even the Centre has taken notice of it.